McCarthy made history after steering AmaZulu to a second place finish last season. 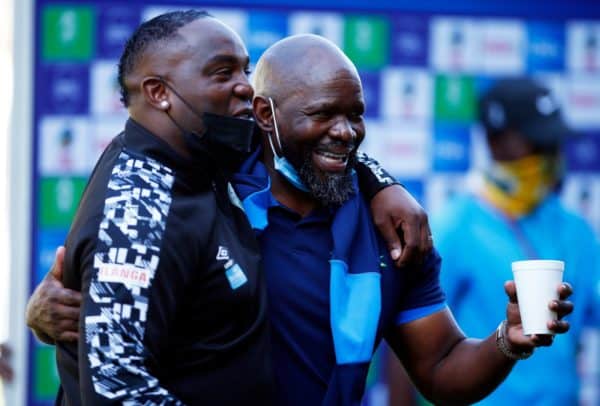 Benni McCarthy says no coach, even the Mamelodi Sundowns coaching trio of Rulani Mokwena, Manqoba Mnqgithi and Steve Komphela could have achieved what he has achieved at AmaZulu since taking over as a coach.

“Any coach in my situation would not be sitting here having a smile on his face because I don’t think anyone would’ve been able to come in (do what we did)… no coach could have come into AmaZulu and done what we have done,” said the Usuthu coach following their 2-1 loss to Orlando Pirates in their last game of the year.

“No coach in this league could have done what we have done. Even the three wise men at Mamelodi Sundowns, give them AmaZulu, I want to see if they can achieve what we have achieved at AmaZulu. No one, no one, believe you me. So, wherever we finish in sixth or seventh in the league at this moment in time for AmaZulu, this is the best they will get. It’s okay, and it’s not that I’m arrogant, it’s just that we know as coaches what we are working with. So, what we have achieved is remarkable,” he continued.

With the incredible feat the KwaZulu-Natal has achieved in a short space of time since his arrival, McCarthy added that he is proud of the team’s success and jokingly said he, Moeneeb Josephs and Siyabonga Nomvethe deserve to be knighted for the success they have brought to Usuthu.

“We should be knighted, Sir Benni Makhathini, Sir Moneeb Josephs, Sir Siyabonga Nomvethe, Sir Vasili Manousakis, you know we should be knighted for what we’ve done for AmaZulu. I am proud of what we achieved, and I think there is plenty more to come, but obviously, with a bit of help will be nice if we are back and supported and we are given the ammunition to get this team to the next level.”