Bafana Bafana face Cameroon as they prepare for the Afcon tournament starting on the 17th of January in Equatorial Guinea. 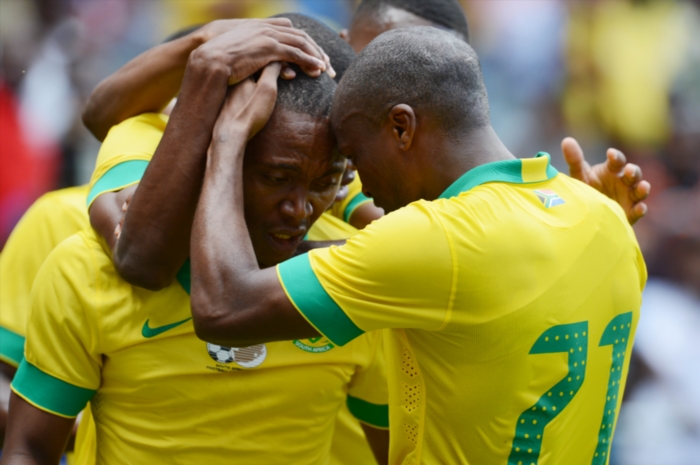 – 9′ Cameroon wins the ball back quickly

– 27′ Yellow card for Mandjeck for a foul on Zwane

– 30′ Jali was carried off the field, he will continue with the game

– 34′ the ball is played back to Khuzwayo

– 36′ Coetzee and Furman have both picked up yellow cards. Just under 10 minutes left in the first half.

– The referee blows for half time. Cameroon 1 – 0 Bafana Bafana

– 46′ Cameroon gets a free kick outside the box. Khuzwayo gets the ball and sends it out quickly

– 51′ Bafana losing the ball to Cameroon too easily

– 53′ Bafana moving the ball around to create opportunities, Cameroon is under pressure

– 57′ a brilliant save from Ondoa to deny Bafana a goal

– 74′ goal kick to Khuzwayo. Cameroon moving forward in search of a second goal

– 76′ Sibusiso Vilakazi weaves through the defence and scores for Bafana.  Cameroon 1 – 1 Bafana Bafana

– 83′ Rantie fails to connect with Phala’s pass into the box. Superb run from Phala to create the chance

– 90′ Furman will continue after a hard tackle