“There are so many should haves, could haves that one can mention," says Ncikazi. 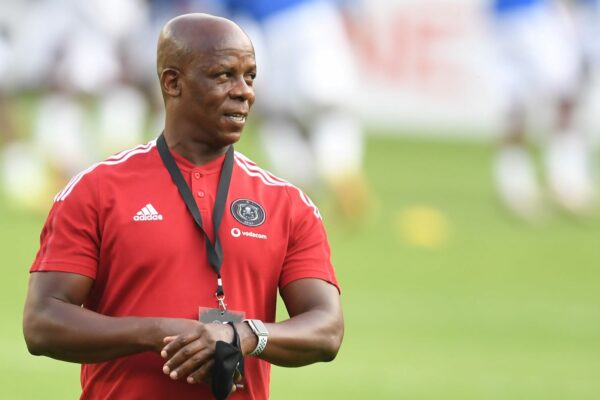 Orlando Pirates co-coach Mandla Ncikazi says there is still a lot to play for ahead of their last DStv Premiership fixture against SuperSport United at the Lucas Moripe Stadium on Monday.

Pirates go into this fixture having lost the opportunity to qualify for the Caf Champions League following their 2-2 draw with Royal AM in their previous match.

Now, the Buccaneers have to fight to finish the campaign in third place and earn a Caf Confederation Cup spot, but they need to beat Matsatsantsa with a five-goal margin in order to unseat third-placed Royal AM.

The Buccaneers are currently sitting in sixth place with 44 points, three points behind Thwihli Thwahla.

Ahead of tonight’s tie, Ncikazi says they need to look at what transpired this campaign, but they will do that after wrapping their last game of the 2021/22 season.

“There are so many should haves, could haves that one can mention. If you look at our last three games, we look like a positive team as reference that should be done at the end of the season where we reflect on everything. We still have a game to play, there is still so much to play for, looking at the possibilities that are still available (finishing in third place),” said Ncikazi.

“Let’s play the game and win it, firstly, try to win it with that score-line if it’s possible (5-0) . It gives a different perspective. But, let’s just play the match, play to win and take the possibilities that are there.”

But, it won’t be an easy game coming up against the Pretoria side, who are also aiming for a top-eight spot.

SuperSport are in ninth place with 37 points and they need maximum points against Pirates to qualify for the top eight.