Pirates are expected to make more announcements in terms of players coming in and leaving the club. 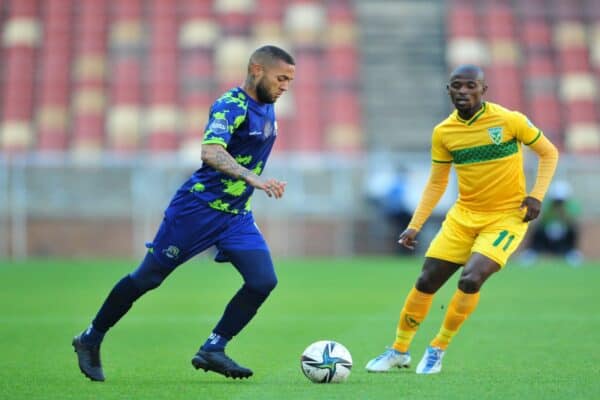 After being announced as the latest signing by Orlando Pirates, Miguel Timm has bided farewell to Marumo Gallants after spending two seasons with the club.

The defensive midfielder has been excelling for Gallants, with the 30-year old playing 35 games for the side this past season, which saw them compete in the Caf Confederation Cup.

“I just wanted to express my gratitude to the entire @_Marumogallants nation for granting me the opportunity and a home the past 2 seasons. I will cherish the experience gained, lessons learned and teachings with me into the future,” wrote the midfielder on his Twitter account.

Timm’s move to the Buccaneers is part of the club’s restructuring their squad with some shocking release of players in the last week.

The Buccaneers have parted ways with Thabang Monare, who plays in the same position as Timm, meaning Monare had to be sacrificed in order to make way for the KwaZulu-Natal born player.

However, despite Timm, the club has also brought in a number of new faces for the 2022/23 DStv Premiership season. Pirates have brought in Bienvenu Eva Nga, Azola Matrose, Nkosinathi Sibisi, Evidence Makgopa and Tapelo Xoki as they look to forget about the misfortunes of last season, where they failed to lift any silverware, losing the Caf Confederation Cup and not being able to finish within a suitable position on the log for any of the Caf club competitions.

Pirates, however, are still expected to continue with the release of players, while the team is also linked with a couple of players that are said to be closer to finalising their deals and others who are negotiating contract extensions.

Captain Happy Jele is one of the players who is anticipated to have his contract extended to one more season, with his current deal running out at the end of this month.