More heads roll at Pirates as Mntambo and Nyauza leave 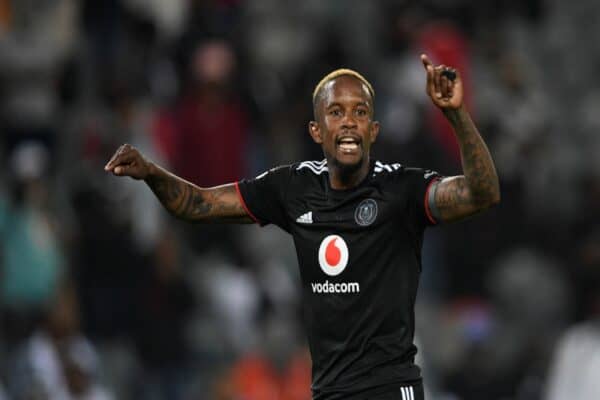 Linda Mntambo will be playing for Sekhukhune United next season after partying ways with Orlando Pirates. (Picture: Sydney Mahlangu/BackpagePix)

Orlando Pirates have released more players in this transfer window, as the player clear-out continues at the Mayfair-based club.

The departure of the two players follows that of Thulani Hlatshwayo, Kwanda Mngonyama, Abel Mabaso, Justice Chabalala, Elson Sithole, Gabadinho Mhango, Wayne Sandilands and Thabang Monare, taking the total number of players released by Pirates to 10, as the Mgosi Squad earlier reported that there will be more exits at the club.

Pirates revealed that Mntambo will be moving to Sekhukhune United, ending almost close to a four-year stay with the Buccaneers.

“Orlando Pirates Football Club can confirm that midfielder Linda Mntambo has moved to Sekhukhune United after agreeing terms with the Club,” read a statement on the club’s website.

“Mntambo, who joined the Club in 2018 having had spells at Jomo Cosmos and Chippa United, went on to register 71 appearances for the Buccaneers in all competitions, scoring eight times and recording six assists. The 33-year-old will be missed in the Bucs change room for the positive spirit that he brought in the squad. Although he leaves us as a player today, there is no doubt that he will return to his boyhood club one day to serve in a different capacity.”

In Nyauza’s case, Pirates said they have reached an agreement with the defender to end his stay with the club.

“Meanwhile, orlandopiratesfc.com can confirm the amicable parting of ways with Ntsikelelo Nyauza following a meeting between both parties on Wednesday. The 32-year-old defender has been at the heart of the Bucs defence since joining in 2013. After Captain Happy Jele, “Ntsiki” as he is affectionately known was the second most experienced player at the Club with 192 appearances under his belt, including seven goals and four assists,” the statement continued.

“The Club would like to thank both Mntambo and Nyauza for their contribution and professionalism they displayed during their time with us, and we wish them both all the best for the future.”