All three new players have signed a two-year contract with an option to extend with the club. 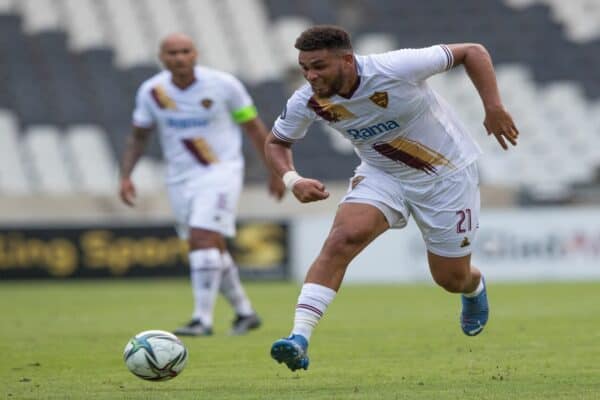 Swallows FC have made two more signings as they continue to bolster their squad ahead of the 2022/23 DStv Premiership season.

The signing of the two players comes after the club announced the arrival of defender Keegan Allan, who joins the Birds from the University of Pretoria FC.

All three new players have signed a two-year contract with an option to extend with the club.

“The Butcher Birds would like to welcome Lindokuhle Mtshali to the nest. The attacking midfielder was previously in the books of Golden Arrows,” the club wrote on their social media account Twitter.

Mtshali, who is an attacking midfielder, began his professional career with Real Kings before he was snapped up by Orlando Pirates in 2016. The midfielder was then loaned back to Kings, before making a move to Arrows in 2019.

Isaacs joins Swallows with the club having lost their key striker from the previous campaign Rudzaigh Gamildien, who went on to join KwaZulu-Natal-based club Royal AM.

In Isaacs, Swallows have captured the signature of a natural centre-forward like Gamildien, with Isaacs having proven to be deadly in front of goals for Stellies.

Isaacs is a well-travelled player, having played for FC Cape Town, Cape Town All Stars, Ubuntu FC and he even had a stint abroad where he played for Michalovce in Slovakia.

Swallows are expected to make more signings before the weekends.