'The club has been working very hard to bolster our squad for the 2022/23 season,' read a club statement. 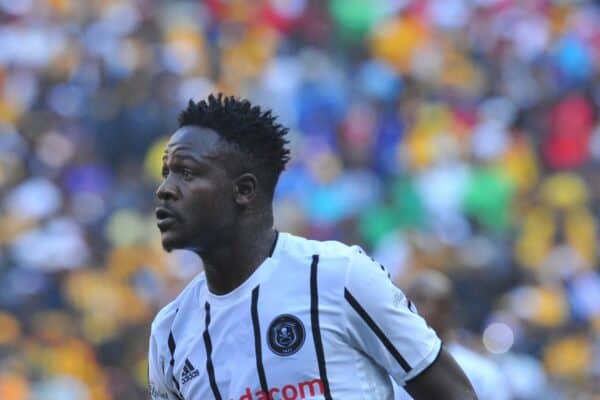 After confirming Daine Klate as the club’s new head coach, Chippa United unveiled 16 new players, including a Tanzanian and a Namibian international on Wednesday.

Abdi Banda, a Tanzanian international defender who was formerly on the books of Baroka FC is part of the new arrivals at Chippa. Banda first came into the country in 2017 after signing with Bakgaga, and he later moved on to Highlands Park.

Another international the club has secured the services of is striker Elmo Kambindu from Namibia, who joins Chippa from Mozambican outfit Costa do Sol.

Some of the other notable new arrivals at the Eastern Cape outfit are former Orlando Pirates defender Justice Chabalala, Sipho Chaine, who was released by Royal AM and Khanyisile Mayo, brother of Cape Town City striker Khanyisa Mayo.

“The club has been working very hard to bolster our squad for the 2022/23 season. We have recently signed players from Cofimvaba, Tsomo and Gqeberha in the Eastern Cape. Chippa United Chairman, Mr. Siviwe Mpengesi unveiled the new players during the Housing Handover today (Wednesday) in Deberha, eNgcobo alongside Eastern Cape Premier Hon. Oscar Mabuyane,” read a statement from the club.

With the new signings, the club will be looking for a change of fortunes next campaign following a disastrous performance last season, where they almost found themselves relegated. Chippa managed to escape automatic relegation and going to the playoffs by finishing the season in 14th place, three points ahead of Swallows FC.