Baxter – No experiments against Leopards

Kaizer Chiefs coach Stuart Baxter says he will field a strong side in Amakhosi’s Nedbank Cup last 16 meeting with Black Leopards on Saturday. 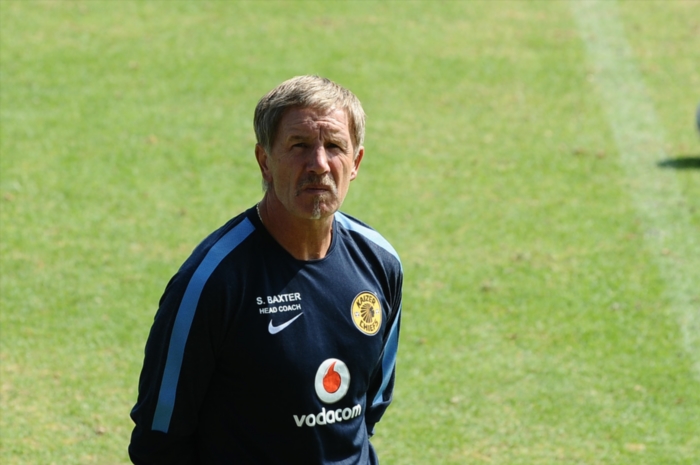 The Chiefs mentor says the match won’t be easy and he will not select an “experimental team.” “They are a team that is successful in their own league and are coached by a former PSL coach, while we are also coming up at the back of a long run,” added Baxter.

Amakhosi will be without defenders Tsepo Masilela and Siboniso Gaxa following the yellow cards they received in Wednesday’s Absa Premiership game against Moroka Swallows. Baxter has indicated that Khotso Moleko will replace Gaxa in the right back position, and he is still weighing up his options in the left back position. “Moleko came in last night am sure he will start, the left back (position), we will have to think about that.”

“We have a couple of young ones that will get a start, (but) we don’t want to weaken the squad.” When asked about Itumeleng Khune and Brilliant Khuzwayo making it into Shakes Masahaba’s Bafana Bafana squad the English coach said he was pleased to see his players in the national team.

“In principle we like to see any of our players in the national team. We think it’s an honour for them and the team, it creates a bit of a headache for me too because they both think they should be selected to play.”