Itumeleng Khune claims his recent injury struggles have had a negative financial impact on his career. But the 27 year-old goalkeeper is delighted to be back now fighting for his place with both Kaizer Chiefs and Bafana Bafana. 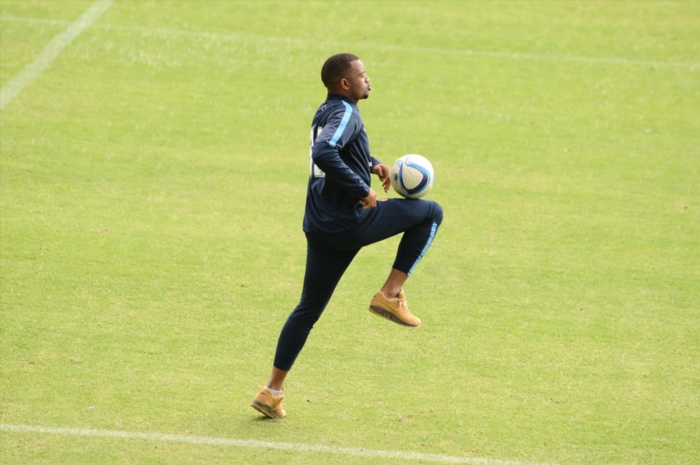 Khune was recalled to Shakes Mashaba’s Bafana squad this week for the first time since he had to withdraw injured from the squad for September’s Afcon 2015 qualifiers against Sudan and Nigeria.

It emerged that the former national team captain, who has not played for his country since January 2014, had been carrying a stress fracture of the ankle for some time, and even though he was deemed fit by December, he did not play for Kaizer Chiefs before the Christmas break, kept out of the side by Brilliant Kuzwayo.

Khune also missed out on the 2015 Africa Cup of Nations finals, before finally returning to action with Chiefs on February 14 in a Champions League game against Township Rollers. Since then, Khune has played in six of nine of Amakhosi’s matches in all competitions, and has been rewarded with a place in the Bafana squad for friendlies against Swaziland on March 25 and Nigeria on March 29.

“Things have not been going so well for me,” said Khune at the Kaizer Chiefs village on Thursday.

“I have lost two endorsement deals since I have not been playing for club and country, but I remain optimistic that as soon as I get back on the Bafana teamsheet all those things will come back.”

Khune admitted that the last couple of seasons had been frustrating for him, in terms of injuries.

“This season I suffered the same injury I sustained last season, that has never happened to me before in my footballing career,” said Khune.

“As a player you do worry about losing your position, but I have remained positive in difficult times and told myself that as soon as I got back on the field, I would do what Itu does best. I have had to reclaim my position at club level before I got it back with Bafana. I still have to prove to the coaches that I deserve my number one jersey back.”