Kaizer Chiefs played AmaZulu on Thursday night and recorded a 1-0 victory over the KZN side. 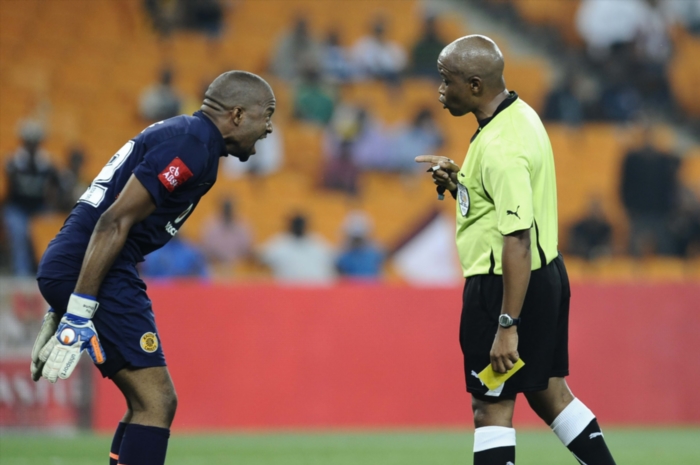 Among the talking points in the match was Chiefs goalkeeper Itumeleng Khune receiving two yellow cards towards the end of the game. One for dissent, seconds after he was booked for time wasting. The game produced nine yellow cards and one red card.

Itumeleng “Itu” Khune took to Twitter to vent his frustration at the referee’s decision.

Its about time action is taken against this referees by @OfficialPSL.they've been very poor since beginning of the season.????????????????

Its unfair hw we are painted bad for our actions on de field bt we are provoked by thse referees,can cal me names but I stand 4 what's right

Yeah, maybe the first yellow was daft. After that he should keep quiet though.