Igesund not appointing Furman as captain

SuperSport United coach Gordon Igesund relived the day he flew from South Africa as Bafana Bafana mentor to Oldham to inquire about the availability of Dean Furman from his club. 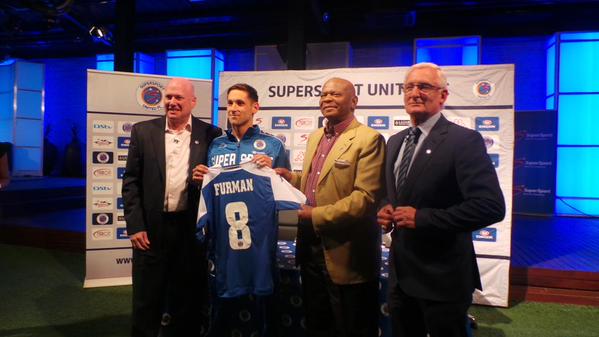 Furman got his first Bafana call-up when Igesund was in charge of the national team.Since then “Mlungu”, as Furman is affectionately known by South African football fans, has become a regular starter in the national team and a crowd favourite.

“For me it’s fantastic to have Dean here. It’s probably about three years to this month that I flew over to England to Oldham and spoke to his coach and spoke to the player. Dean was so excited to be linked to South Africa, he has never lost his ties with South Africa, and he knows he is a South African.”

Furman was appointed captain of the national team in the recent AFCON tournament. Igesund admires Furman’s leadership qualities, but he will not hand the captain’s armband to the midfielder as yet.

“I announced Thuso Phala as our captain for the year. You don’t have to wear the armband to be the captain. I expect to have 11 captains out there. The players know what to do and they will support each other and do the right type of talking.”

“Dean is the last piece of the puzzle for me. We have a good leader in Thuso Phala. And Dean will automatically lead out there on the field as well with Bongani (Khumalo), Clayton Daniels, (Dove) Wome and other players. They are all very good, experienced players and they are all leaders,” concluded Igesund.