Banyana Banyana midfielder Refiloe Jane has faith in the training program selected by the technical team in helping them prepare for the 2016 Rio Olympics. 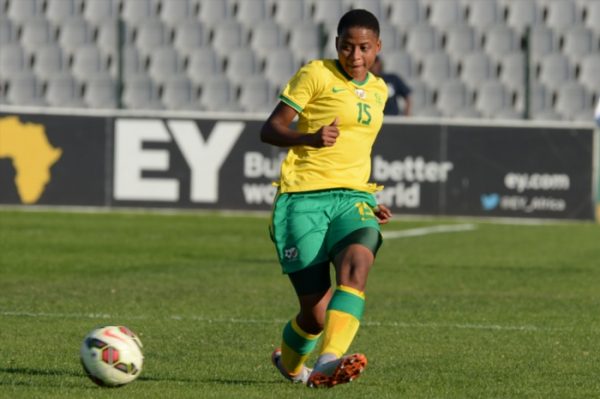 Jane was part of the Banyana Banyana squad that travelled to the London Olympics in 2012. The midfielder is excited about the prospect of featuring for the women’s national team for the second time in her career and is aware of the challenge that lies ahead of them.

“We have a good programme going on, and we have been in camp. We know that it’s not going to be easy but it will all go down [according] to how bad we want it. This will be my second time at the Olympics and second for some of the players, but we are talking among ourselves that we are going there to do our best and not just to add numbers,” said Jane.

The midfielder has put the disappointment of the London Olympic Games behind her and is hopeful of a different result when they travel to Brazil in August. The Kliptown born midfielder says the team’s strength come from its personnel.

“We didn’t do well in 2012. This is a completely new programme, and we have a new coach, and we know we have good players,” she said.