The Netherlands legend won a treble of trophies with Pirates in the 2010/11 season but was unceremoniously fired afterwards. 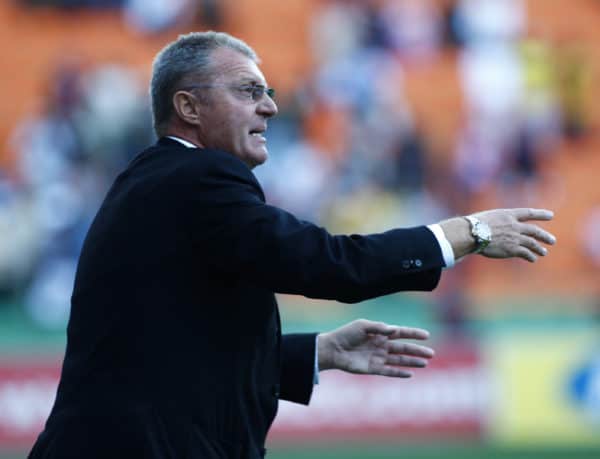 Royal AM are said to be interested in bringing former Orlando Pirates coach Ruud Krol back to South Africa. (Ryan Wilkisky/Backpagepix)

Royal AM has put out feelers in their efforts to have former Orlando Pirates coach, Ruud Krol join them for the upcoming season.

ALSO READ: TTM are back again as they confirm purchase of Royal AM

The KwaZulu-Natal side will now play in the DStv Premiership after securing Bloemfontein Celtic’s status at the weekend.

Krol has only ever coached Pirates locally but was at some point tipped for the Bafana Bafana job.

The Netherlands legend won a treble of trophies with Pirates in the 2010/11 season but was unceremoniously fired afterwards.

Royal AM are going to campaign in the DStv Premiership this season after the Premier Soccer League have approved the sale of Bloemfontein Celtic to Shauwn Mkhize.

This comes after Tshakhuma Tsha Madzivhandila confirmed on Saturday that they had purchased the GladAfrica Championship status of Royal AM.

Celtic’s financial struggles have been an open secret for years, with Phunya Sele Sele owner Max Tshabalala as far back as 2018 reported to have a South African Revenue Service (SARS) debt of R43 million.

According to documents leaked from the Premier Soccer League, the executive committee have approved the sale. This comes just days after Royal AM were found guilty of bringing the league into disrepute, after failing to attend the promotion/relegation play-offs.