Pirates set to send two midfielders out on loan

Orlando Pirates are overloaded with players in the middle of the park and need to reduce numbers there. 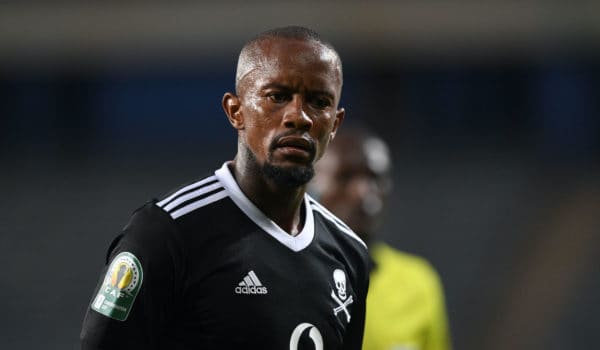 Linda Mntambo could be loaned out by Orlando Pirates. Picture: Sydney Mahlangu/BackpagePix.

The arrival of Ntsako Makhubela at Orlando Pirates has got the technical team contemplating sending one or two midfielders on loan, with the likely destination being Chippa United, a source at the club has revealed.

ALSO READ: Ncikazi proud of Mosele as Pirates prepare to take on Gallants

Linda Mntambo and Collins Makgaka are believed to be possible candidates to be sent out on loan, with the idea of balancing the squad, while the club is also expected to reveal some new signings before the end of the transfer window, which closes on August 31.

Both Mntambo and Makgaka have not seen much time in the Pirates starting line-up, or in the case of Makgaka, even off the bench.

The Buccaneers have over seven players who will be competing for a place in the starting XI in midfield.

“It is something that is still being discussed by the technical team and the management, but I think there is a high possibility that it will happen. Figo (Mntambo) has not played enough and it seems like it’s going to be worse this season, looking at the players that have been brought in. So, Figo and Collins are likely to leave, there was also a suggestion to take Azola Tshobeni on loan as well. It doesn’t seem like that’s going to happen. But I think it’s a good idea to send Figo and Collins on loan, especially Collins because hasn’t played much since he joined the team,” said the source.