'(Mandla) Ncikazi is a fan of Letsoalo,' a source told the Mgosi Squad. 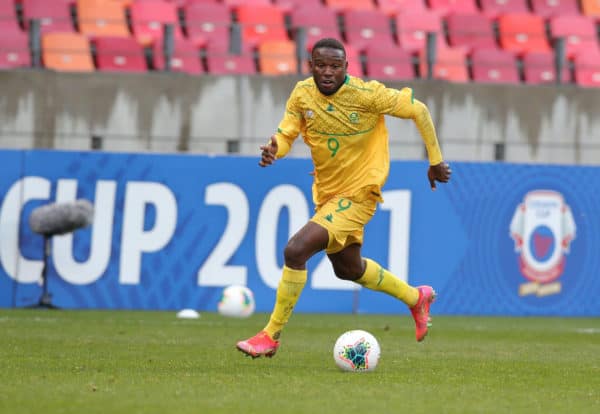 Orlando Pirates are said to be keen to sign Royal AM and Bafana Bafana striker Victor Letsoalo.

Apparently, Letsoalo has been recommended to the Pirates management by the club’s caretaker co-coach Mandla Ncikazi.

“Ncikazi is a fan of Letsoalo and he wanted to sign him during his time as head coach of Golden Arrows, but the Arrows management did not authorise that deal. Ncikazi now want Letsoalo at Pirates,” said a source.

Royal AM are said to be reluctant to let go of Letsoalo and want to tie him to a new long term deal. According to the source, Pirates are willing to offer Royal AM some players to soften the deal. It remains to be seen if the parties will agree on a deal that will see Letsoalo moving to the Buccaneers in the January transfer window or ahead of next season.

Letsoalo has been in excellent form for club and country this year, top scoring in helping Bafana Bafana win the 2021 Cosafa Cup, and netting 12 league goals in 2021, including four in his last three games at Royal AM.

The 28 year-old has been named in Hugo Broos’ Bafana Bafana squad for next month’s back-to-back Fifa World Cup qualifiers against Ethiopia.

At the 2021 Cosafa Cup, Letsoalo scored four times, including a hat-trick on his senior international debut against Lesotho