Ohizu to stay put at Sekhukhune amid interest

'What I know is that anyone that really wants him will have to pay a lot of money,' revealed the source. 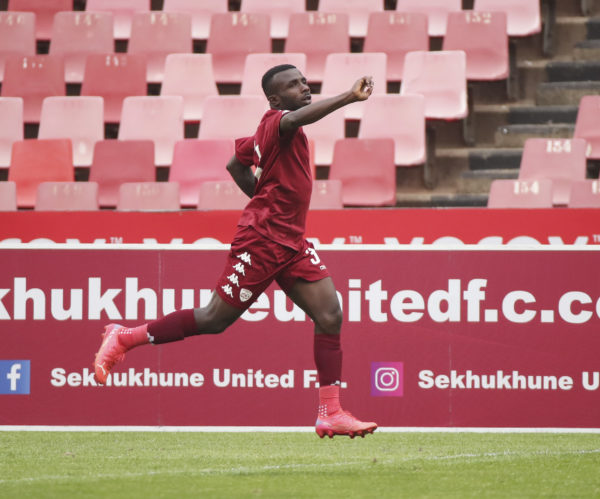 Sekhukhune United striker Chibuike Ohizu is a man in demand following his fine start to the season. Picture: Gavin Barker/BackpagePix

New information coming through from Sekhukhune FC regarding interests on goal-poacher Chibuike Ohizu is that he’s unlikely to leave anytime soon.

Reason being that the Nigerian is on a long term contract with the club, and the possibility of him moving to another team now are slim, an insider at Babina Noko has revealed. Last week, Phakaaathi reported that the striker has attracted interest in North African country Egypt, following his consistent goal-scoring for the Limpopo based outfit this campaign.

However, it has been let known that Sekhukhune are not prepared to let go of their key player and the club has big plans for him. The DStv Premiership side has started this season very well as they find themselves in fifth place on the log with 14 points from eight games.

The club’s good run is thanks to players like Ohizu, who has scored five goals in his seven appearances for the club. “The reports that came out last week made some people really worried,” said the source. “Now, people have been checking contracts and they want to make sure that there are no loopholes in Ohizu’s because they don’t want to lose him.

“We have to be honest, he is one of the best players in the team at the moment and no one will want to let a player like that just go, at least not for a small price. So, what I know is that anyone that really wants him will have to pay a lot of money for him,” said the source.