OPINION: Bafana weren’t pretty, but should anyone care if Broos gets results?

Six points out of six against Ethiopia have kept Bafana ahead of Ghana on the road to Qatar. 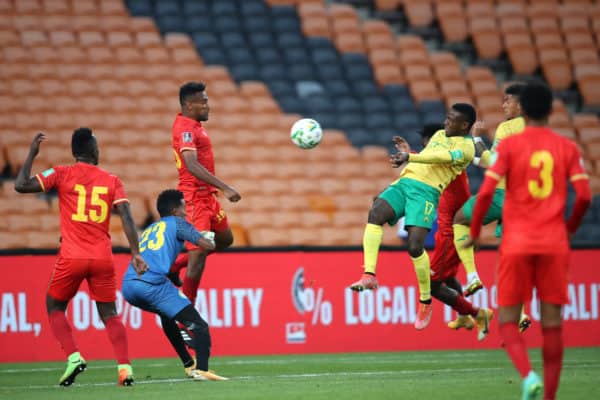 Hugo Broos might have earned the nickname ‘Rick Flair’ for the similarity of his appearance to the former pro-wrestler, but Bafana Bafana’s performances against Ethiopia in Fifa World Cup qualifying this week were less about ‘flair’ and more about grinding out results.

This may upset some Bafana fans who want to see their national team both playing stylish football and picking up results, but surely the latter is always preferable, particularly after over two decades where success for Bafana has been as rare as sightings of the Loch Ness Monster.

If Bafana were poor at times in both the game in Bahir Dar and at FNB Stadium, there are six points out of six in the bag, and a real possibility of topping Group G and making it into the final round of qualifying. Broos has achieved this with a squad mostly only from the DStv Premiership, and with an emphasis on building for the future, with many older players left out of the reckoning.

It is fair that only the most deluded of supporters could have predicted that Bafana would be a point clear at the top of Group G heading into the final two qualifiers. In some sense, this is already a success story for Broos, though having come so close, it will still be bitterly disappointing if Bafana now lose out to Ghana in the race to make the play-offs.

If Bafana didn’t really click in open play against Ethiopia there was enough in individual performances, and in the way Broos managed the games to suggest the national are in good hands.

This is literally the case with goalkeeper and captain Ronwen Williams, who made two outstanding saves in Bahir Dar to keep the scores level. As for Bafana’s head coach and his staff, they clearly saw a weakness in Ethiopia at defending set pieces.

And it paid off with the long throw that led to Mothobi Mvala’s goal in Ethiopia, and the set piece that led to Getaneh Kebede’s own goal at FNB Stadium. One could argue that Teboho Mokoena’s free kick in Ethiopia can also be added to the list, though that was more of a goalkeeping howler than any true work of tactical genius.

Broos has also found a way to solidify Bafana at the back, with only one goal conceded in four qualifying matches so far, and none from open play. Siyanda Xulu and Rushine De Reuck have been excellent as a central defensive pairing, while Nyiko Mobbie has also excelled, whether at left back or right back.

Bafana were overrun in midfield at FNB Stadium, as Broos admitted after the game, but this certainly had a lot to do with his decision to throw Njabulo Ngcobo and Yusuf Maart into the fray. Broos did cite the long trip to Ethiopia and back as problematic, but in hindsight, perhaps it would have been better to start with a more tried and tested pairing in the middle of the park.

Still, Ethiopia failed to make the best of their chances and Bafana won the game. As well as a good coach, Broos appears to be a lucky coach, and that combination might just be enough to get Bafana further up the road to Qatar.