Japan come from behind to beat Amajita

Japan came from behind and claimed all three points in a 2-1 win over South Africa in Group D at Suwon World Cup Stadium at the FIFA U-20 World Cup Korea Republic 2017. 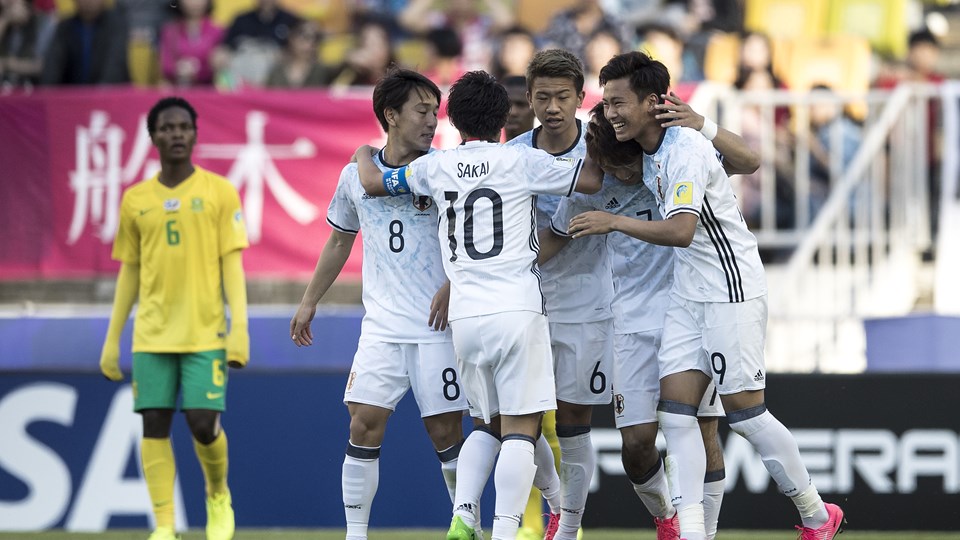 Grant Margeman opened the scoring for Amajita in the seventh minute when he chested down a high through ball in the box before shooting past goalkeeper Ryosuke Kojima and hitting the back of the net.

Both sides produced goal-scoring chances throughout the first half, but could not produce any more goals. Japan came out all guns blazing in the second half and scored two minutes in.

Koki Ogawa showed his ability in the box and scored from a cross from the left win. Mondi Mpoto got his hands on the ball, but not before it had crossed the goalline.

Japan then completed the comeback in style thanks to Ritsu Doan, who curled in a shot beyond Mpoto’s reach into the far corner after some well-worked combination play with team-mate Takefusa Kubo.