Talks between Mosimane and Al Ahly are said to have reached a deadlock. 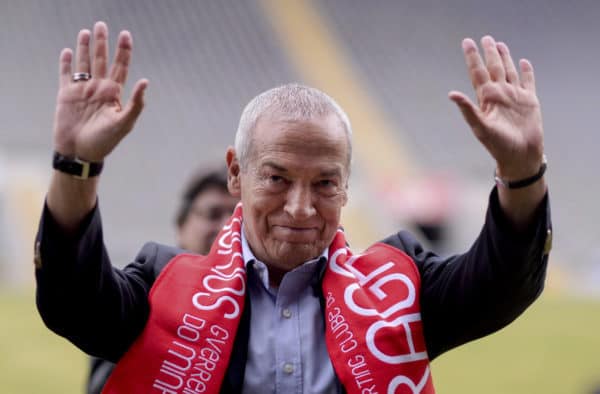 Al AHly are said o be looking to replace Pitso Mosimane with Jesualdo Ferreira should the SA coach decides to leave the Egyptian giants. (EPA/HUGO DELGADO)

Reports emerging from Portugal are that Al Ahly are looking to bring former Zamalek coach Jesualdo Ferreira back to Egypt should Pitso Mosimane decides to leave the club.

The 75-year-old is currently without a club after leaving Portuguese side Boavista in June. Prior to that he had stints with Al Sadd of Qatar and Brazil’s Santos.

Meanwhile, Orlando Pirates are said to be monitoring Mosimane’s situation at Al Ahly and could try to bring him back to South Africa to fill the vacant head coach position at the club. The post was left vacant after Josef Zinnbauer left the club.