"We do not have a star for the team,” Pitso told the journalist. 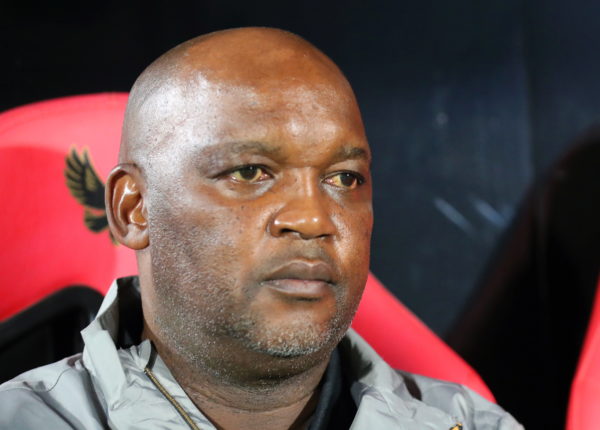 Al Ahly head coach Pitso Mosimane on Monday had a heated argument with a reporter following his team’s dramatic victory over Ghazl El-Mahalla.

After almost letting a 2-0 lead slip, Al Ahly managed to find the winning goal through Ali Maaloul’s free kick in the referee’s optional time, to maintain their 100% win record.

The win was also Al Ahly’s first at El-Mahalla in a completed season since 2008, with the Reds suffering a defeat when they visited the stadium last season.

However, despite winning the match, Mosimane was asked by a reporter as to why he had brought on Luís Miquissone, who won the free-kick that won Al Ahly the game, and not Amar Hamdi.

A livid Mosimane responded to the question saying: “Do you mean that Ammar should participate and Miquissone or Abdelkader not? Who won the free kick from which we scored the winning goal? Who is the player whose winning goal came from his side?

“Miquissone is good at playing on the wing and Ammar is not good at that.

“Miquissone is a player at Al Ahly and has the same chances as Ahmed Abdelkader and El-Shahat to participate, and I will replace any player, as Afsha, Percy Tau, and Mohamed Sherif. We do not have a star for the team.”

Speaking on the game, Mosimane said: “Ghazl El-Mahalla is a strong team and are better than last season and we must respect it.

“Their stadium is very difficult and the grass is not in the best condition, but we do not complain about that because they also play in the same stadium.

“It is not easy for any team to come to Mahalla and play, and we managed to win and scored three goals,” he added.

The Bafana Bafana star netted a brilliant solo goal, beating several El-Mahalla defenders before slotting the ball home, to give the Red Devils a 2-0 lead.

El-Mahalla managed to claw their way back into the game, grabbing an equaliser in the 94th minute, but Al Ahly eventually took home all the points through a Maaloul free kick just moments before the end of the match.