Mount sealed the victory in the 83rd minute. 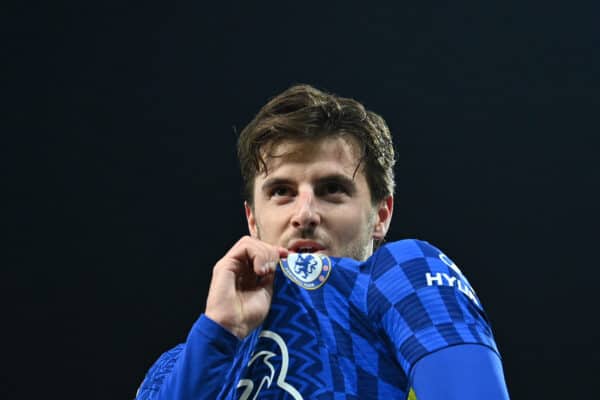 Chelsea's English midfielder Mason Mount kisses the team logo on his jersey as he celebrates after scoring a his team's goal. (Photo by Glyn KIRK / AFP)

Mason Mount sealed the victory in the 83rd minute with a sensational right-footed shot from outside the box.

Timo Werner had given Chelsea a momentary lead in the 55th but a sloppy backpass from Reece James resulted in an own-goal five minutes later that gifted Club America the equalizer.

The 47,223 who turned out at Allegiant Stadium, home of the NFL’s Las Vegas Raiders, watched both teams struggle to finish in the first half.

Chelsea’s Brazilian international Kenedy fired wide in the 24th, Kai Havertz shot over the crossbar in the 29th and in the 40th substitute America’s keeper Oscar Jimenez blocked Thiago Silva’s header from the center of the box.

Chelsea finally broke through after the break. A minute after Michy Batshuayi’s shot went wide, James set up Werner in the box. His shot was denied by Jimenez, but the rebound went back to the German striker who rifled in a shot from close range.

The advantage was erased in the 60th, when James’s backpass caught goalkeeper Marcus Bettinelli off guard and both could only watch the ball trickle into the net.

Mount saved the day, collecting a pass from Marcos Alonso and making room to unleash a shot that beat Jimenez.

America take on the Premier League’s Manchester City in Houston on Wednesday.