"He's a special player. He's one of the greatest players in the history of the game, he has kept his health and his flexibility, and he still hits it long enough to compete." 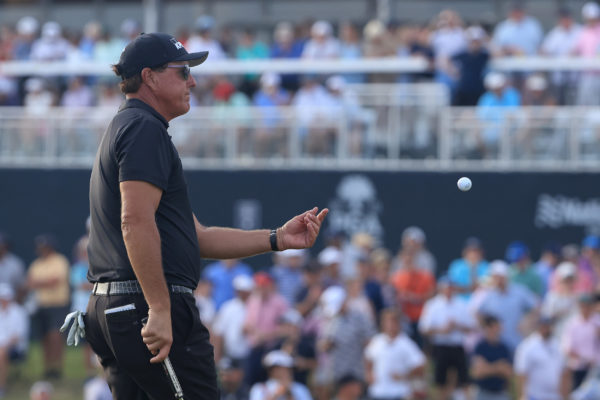 Phil Mickelson could wind up playing his way into the Ryder Cup as well as golf history with a victory on Sunday at the PGA Championship on blustery Kiawah Island.

The 50-year-old US left-hander fired a two-under par 70 on Saturday to grab a one-stroke lead over Brooks Koepka heading into the final round at the formidable Ocean Course.

And while Mickelson’s 2021 form has not been strong, US Ryder Cup captain Steve Stricker says the similarities between Whistling Straits, where the US-Europe showdown will be played in September, and Kiawah could boost a winner’s cause for a captain’s pick.

“We’ll look at who played well here this week for sure because this is a telltale for Whistling Straits.”

Mickelson has played on every US Ryder Cup team since making his debut in 1995, winning three times.

“It’s impressive when you’ve got a 50-year-old leading,” Stricker said. “But he’s a special player. He’s one of the greatest players in the history of the game, he has kept his health and his flexibility, and he still hits it long enough to compete.

“He still has a tremendous amount of desire to compete at this level and that’s why he’s playing well.”

“It’s Phil. It’s theatre. I don’t watch golf but I promise you I’m going to turn it on to watch him,” Spieth said. “It’s pretty incredible.

“The guy has got four good rounds on any golf course in him, and no one would bet against that.”

“Wow, it’s an unbelievable story so far,” Lowry said. “Who knows if he’ll hold on or not or he’ll go on and win, but it’s fairly incredible what he’s doing. So fair play to him.”

American Joel Dahmen says he’d be surprised to see Mickelson pull it off.

To American Charley Hoffman, Mickelson turning back the clock proves an old adage.

“Phil is one of the best players to ever play the game. It doesn’t surprise me.”

American Gary Woodland, the 2019 US Open champion, said he gives hope of a long career to every rival he faces.

“Any time Phil shows up, you appreciate what he’s doing,” Woodland said. “He’s phenomenal. He’s entertaining. And what he’s doing, that gives everybody hope. I want to play this game for a long time.

“What he’s doing right now, coming out and beating up on the other guys on this golf course, it’s very impressive.” 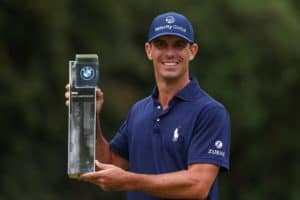 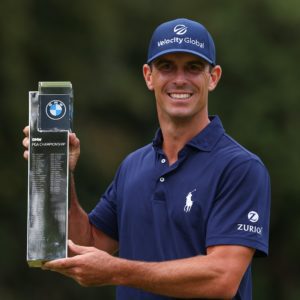