Don’t expect much from Expectant

Rambling and mucking about the stage is about all that happens in Expectant. 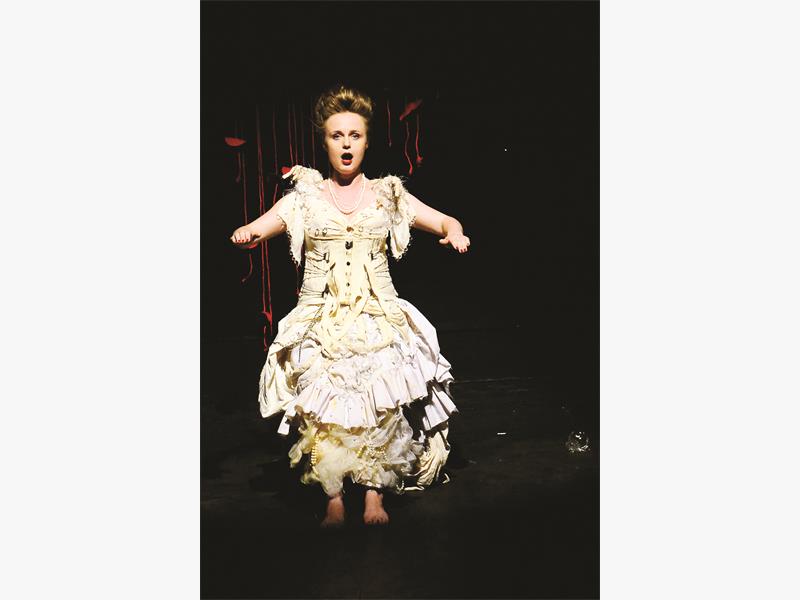 The lone character, clad in a wedding dress, says so many things, moving from one situation to the other and from one mental state to the next, that it all becomes too tangled up to tell a coherent story incoherently. The idea was to make a point about how white identity in South Africa is mired in historical atrocities.

Matters of identity are not easy to tackle because of the myriad elements involved in forming the whole. Perhaps the haphazard nature of relating this story was a mechanism used to underline the complexities of identity, but it affected the flow of the story negatively, making it difficult for the audience to remain engrossed in the tale.

Rebecca Makin-Taylor gave a competent performance but the lack of range in the script limited her output. The audience hardly reacted to the material, sitting silently except for occasional chuckles. Fidgeting and people adjusting themselves in their seats indicated a definite restlessness.

The piece failed to resonate despite its grand narrative aspirations. The synopsis for the piece reads: “Expectant is a contemporary coming of age story told against the backdrop of a 400-year history of young, white English South Africans and how their identity revolves and dissolves around what it means to be ‘from this country’.”

To be fair, the story speaks to an experience some segments of society are not readily familiar with, hence the muted response to some of the comedic or dramatic touches. That said, theatre should remain engaging even if the story is unfamiliar and this production does not deliver in that area.

Instead of shedding light on “the other”, it paints an irrational picture that does not really add to anyone’s understanding of the subject matter. The premise of the story invites useful interrogation, but the structure and theatrical style does not do the story justice.

Expectant is on at the Market Theatre, until February 2