Qatar: the richest country in the world

With historic and modern architecture, Qatar is rich in art and culture, desert sports, souqs and supercars. An e-mail drops into my inbox late last year, inviting me to spend a week in Qatar. After my initial excitement, I realise I know very little about Qatar.

I know it’s the place a former colleague packed her bags for more than a year ago to start a new life with her husband and that she hasn’t looked back. I know where Qatar is situated, that there’s currently a Saudi-led boycott of the Middle East country and that they are hosting the 2022 Fifa World Cup. I don’t know too much more about this country on the Arabian Gulf. That, in itself, intrigues me.

So, I jumped at the opportunity offered by Qatar Airways and the Qatar Tourism Board to promote their new visa-free entry, which is valid for 30 days to visitors from 80 countries. And boy, was I pleasantly surprised. From the moment I left OR Tambo International Airport in Joburg to when I returned home five days later after staying in the Sheraton Grand Doha Resort Hotel and Convention Centre, I was impressed.

Qatar is a safe (I walked in the Doha CBD alone at night taking pictures of the buildings), clean, diverse and friendly country. The architecture, which is a mixture of old and new, is out of this world, while the night lights that dominate the coastline along the peninsula are something to behold. And judging from all the construction and planning that’s happening, it’s just going to get bigger, which adds weight to the argument that Qatar has the potential to become bigger than Dubai. That it is the richest country in the world per capita backs up that prediction. When you first arrive, every Ferrari, Porsche and Maserati turns your head, but by the end of the week you begin to get an idea of the sheer wealth of the country as there almost as many supercars in Qatar as there are Toyota Corollas in South Africa. Okay, not quite, but you get the idea. As popular as the supercars are, the joke from the locals is that Qatar is the home of the Land Cruiser, because every third person drives one. It’s no exaggeration.

Beauty aside, Qatar is in the midst of a seven-month diplomatic crisis, which started in June last year after Saudi Arabia, Bahrain, the United Arab Emirates, and Egypt, among other Gulf states, cut off diplomatic relations with it, accusing the country of supporting and funding terrorism and manipulating the internal affairs of neighbouring states. The boycott is causing concern among foreign investors, but the locals don’t seem to be affected. Doha continues to deny the charges.

“If you speak about a crisis, then I think of not being safe,” says our energetic tour guide Mohamed Samrudin. “That’s not the case here … there’s no crisis for me. A diplomatic crisis, yes. But my safety is not in question. So, like everyone that lives here, I am not worried.

“We love our leader (Emir Sheikh Tamim bin Hamad Al Thani). He will look after us. If anything, the crisis has opened up our minds.

“After the Fifa World Cup, Qatar is going to boom. I like Dubai, but I love Qatar,” added the 24-year-old, who left Nepal for Qatar in 2012.

The Qatar 2022 Fifa World Cup is just four years away, but there’s optimism that they could host the best one yet. There was much surprise and criticism when they were awarded the rights to host it, but since they have jumped in and are ready to welcome the world. 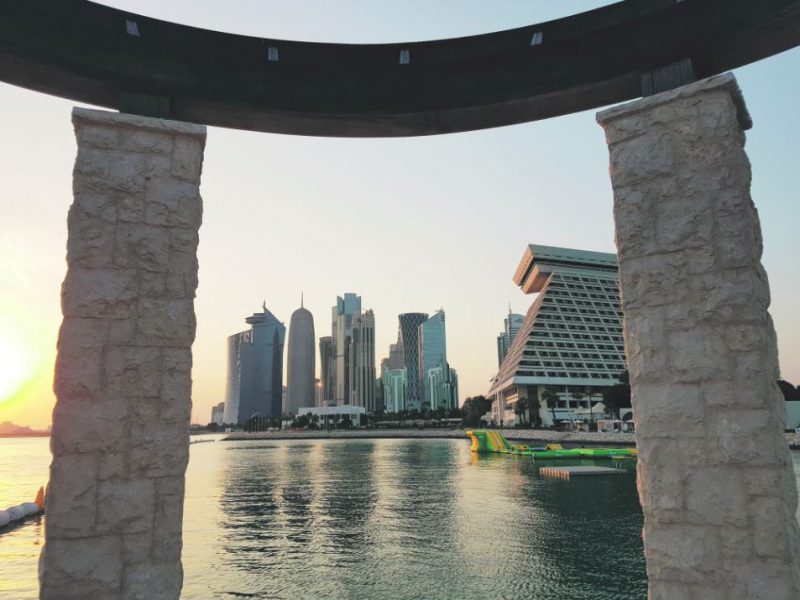 Qataris have a lot going for them. They have money, lots of it. And they aren’t afraid to spend it. Qatar, which is tax-free, is also a small country. It’s just over half the size of the Kruger National Park, and home to less than three million people, of which only a tenth are Qataris, so it doesn’t take more than a couple of hours to travel from one end of the country to the other.

That everything is in close proximity is a big drawcard for World Cup fans, especially after the Doha Metro, a rapid transit system with four lines and an approximate overall length of 300km and 100 stations, is completed next year.

“Because it’s a nice compact World Cup, people will be able to watch more than one match a day due to the transport available,” said Brad Habana, whose company is responsible for delivering on the construction of stadiums. His job title is sponsorship senior specialist and he is also the brother of Springbok winger, Bryan.

“They also can be based in one area for the duration of the tournament because the maximum amount of time between each venue is one hour.

“People ask why Qatar is hosting the World Cup. It’s not a football nation, they say,” he added. “I say why not Qatar? The winter weather is going to be perfect… the facilities brilliant. Just look at our cooling systems inside the stadiums.”

But there’s more. Qatar will also give back to Fifa at the completion of the World Cup. Most of the stadiums are modular, so they will take the seats and materials to developing countries in a bid to boost the game. 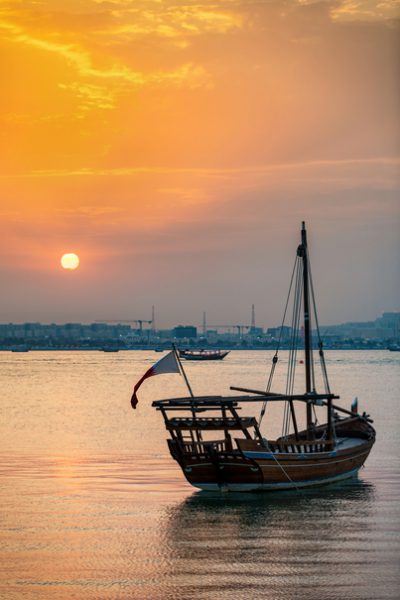 Dhow boat at the coast of Doha during sunset. Picture: iStock

The heat is such a huge factor in the Middle East. With that in mind the World Cup will be hosted during winter, from November 21 to December 18. So while nights can get slightly cool – it’s like being in Durban at night – temperatures during the day seldom go above 35º Celsius. In summer, everyone is encouraged to stay indoors during the day as temperatures can reach upwards of 50ºC.

After hours Doha comes to life, whether it’s at the night market, like the bustling Souq Waqif, or on a traditional dhow where the spectacular colours of the buildings around the capital can be seen from the water.

Culture is also big in Qatar and the Katara cultural village dates back to 750 AD. The Museum of Islamic Art represents Islamic art from three continents. The collection includes metal work, ceramics, jewellery, wood work, textiles and glass obtained from three continents and dating from the seventh to the 19th century. But what would a visit to Qatar be without going to the desert? We went on a scenic drive south – at times on a seven-lane highway nogal – towards the Saudi Arabian border. First we rode camels and then went dune bashing in, you guessed it, a Land Cruiser. A desert sunset is a treat. You feel so at peace with the world watching the sun dip below the sand.

The evening ended at a five-star tented camp where luxurious, curtained gazebos lined the beach and the barbecue was in open pits.

For the tourist influx of 2022, they won’t be building more hotels. Instead, they will bring in cruise liners and set up new desert camps to avoid being left with empty buildings after everyone leaves. But after a few days in Qatar, I wonder why anyone would want to leave …