At the Spier wine estate just outside Stellenbosch, there’s a red picture frame hanging from the branch of a tree, swinging in the breeze. The idea is that visitors can go and stand behind it and have someone take a picture of them as a charming, if cheesy, souvenir of their travels. But the gently […] HIDDEN THRILLS. Art is waiting for you behind every door.

At the Spier wine estate just outside Stellenbosch, there’s a red picture frame hanging from the branch of a tree, swinging in the breeze. The idea is that visitors can go and stand behind it and have someone take a picture of them as a charming, if cheesy, souvenir of their travels. But the gently rotating, which reveals a new vista with every new angle, it occurs that art is where you see it, if you’re happy to look.

The article you’re reading has been placed in a new newspaper layout that’s graphically starkly different to the one you were looking at last month, and if our designers have done their job, the layout will be turning your head and catching your eye – something that art’s designed to do. It’s not because they felt like throwing money down the toilet that kings and queens of old would commission artists to create bespoke works for their palaces or courts. 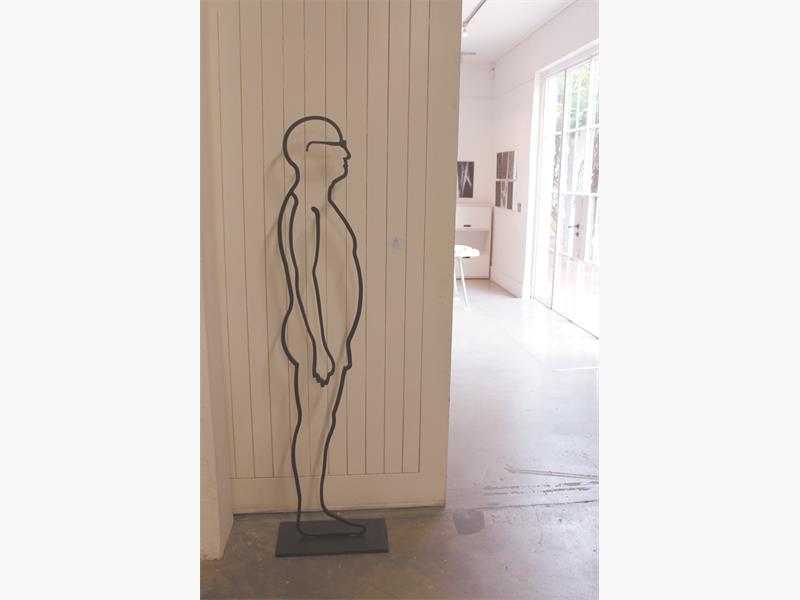 HIDDEN THRILLS. Art is waiting
for you behind every door.

The look of a room, given more impact by expert craftsmen, would reflect the wealth and power of the person it belonged to, and that’s a marketing ploy still used today (an example: the new Standard Bank building in Rosebank has installed a giant hanging sculpture in their atrium in the last few weeks).

But that which is designed for some more cynical purpose can also provide that more amorphous thrill that answers the first question all art observers (andy art – paintings, theatre, film, music, etc) ask: “Do I like this?”. A smart, original television advertisement can make you giggle uncontrollably, while leaving you with no memory of the product being punted. Picasso’s Guernica can impress you for its scale and vision rather than for its political import. A Dylan tune can be

enjoyed purely for its melody, rather than its grunted social commentary. And Julius Malema’s stylish red beret can just be a way of keeping his head warm on a winter morning.

The basic comfort (or inspiration, or challenge) provided by art of all kinds can be seen from wherever you’re reading this. If you’re at work, glance at a colleague’s work station. They’re likely to have a picture of something or someone propped up somewhere or stuck to a nearby surface, or at least have an image as the background on their computer monitor. They might have earphones in their ears, allowing them to swop a soundtrack of clicking keyboards or ringing phones for a tuneful update on Taylor Swift’s latest break-up or Joyous Celebration’s passionately delivered declarations that everything will be alright. If you’re at home, glance at the cover of the book you’re currently halfway through, grin at your toddler’s sketches that have been stuck to the fridge or enjoy the creative way in which the handyman you hired worked his way around your walls not being at right angles to each other.

And if you’re somewhere in between, note the shape of your car versus the more expensive one next to you at a traffic light, or the graded hues of the sunset you would have missed if you had left work ten minutes earlier that day.

It’s all a very touch-feely notion, this appreciation of the art in everything, but it’s one that, if observed, is both good for the soul and free of charge – ironically, a combination you couldn’t put a price on.