China: Where few speak English and blacks are a novelty

People in Gangzhou do not speak English, and most use a phone translation app to communicate with foreigners. 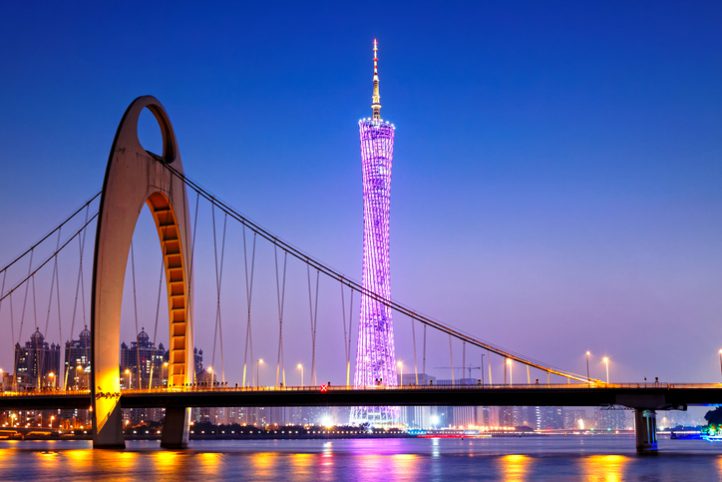 Before leaving for Asia for the first time, I decided not to research the destination. I wanted to be surprised and to absorb each new experience in the absence of expectations … and to see if we could survive in another country without knowing much about it.

When that country is China – a bustling, over-populated superpower – you need to be prepared for surprises.

First up for me and my adventurous friend was that as black women we were an attraction for the locals. In the megacity of Guangzhou, people stared at us and waved and many sneaked pictures of us whenever we walked across the road to the McDonald’s or the KFC. Even the staff of a restaurant in the hotel all came out to see the black women who had come in for dinner.

“Where are you from?” appeared on the screen of our waiter’s phone, thanks to the translation app which is mandatory if you want to communicate with people in this part of China where very few speak English. 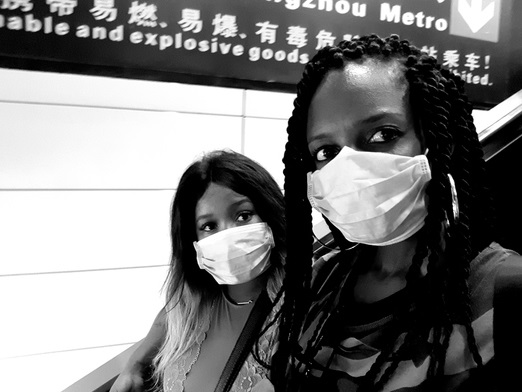 The polite 17-year-old waiter guided us through the menu, taking my friend to the large fish tanks in the restaurant to select her meal for the day.

The second, not-so-nice surprise was that China appears to have regressed decades when it comes to smoking. The aroma of our food was blocked out by the overpowering smell of cigarette smoke.

The people of Guangzhou blatantly ignore the hundreds of no-smoking signs in buildings, stores and public places. Each ATM has an ashtray and people often smoke while doing their shopping, serving customers behind counters and even on the elevators.

On the other hand, the great service wherever we went was a very pleasant surprise, and even more amazingly, client service staff always reject tips. “It is my duty to serve you. No thank you. Please keep your money,”was the regular response. 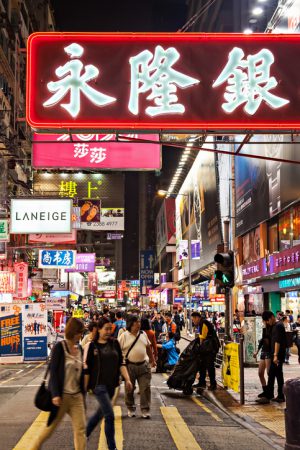 Our first stop in China was the metropolis of Hong Kong, an altogether more sophisticated place than many in mainland China, a legacy of its various rulers over the centuries, the last being the British. In the second Convention of Peking, signed on June 9, 1898, the ailing Qing Dynasty leased the New Territories to Britain for 99 years, starting on July 1, 1898. The lease expired in 1999 and control of Hong Kong reverted to the Chinese.

At Hong Kong International Airport, every airport official was wearing a mask – apparently for hygiene reasons. After asking around we discovered that a bus was the cheapest way to get to our destination in Kowloon.

Our accommodation, which looked to be a fair size in the pictures on the website, was a tiny three by four metre room overlooking the busy Nathan Street. We often sat at the window of our tiny abode watching the bustling streets and trying to identify the luxurious cars in the traffic … multicoloured Porches Cayennes and Mercedes Benz 63s.

Kowloon was expensive and it has jewellery shops galore. On each block there is a Rolex or Cartier store. Adjacent to each jeweller were dispensaries selling all kinds of skincare products and medicines with jars of dried sea creatures on display. I immediately identified dried abalone from covering stories back home of police arresting abalone smugglers. 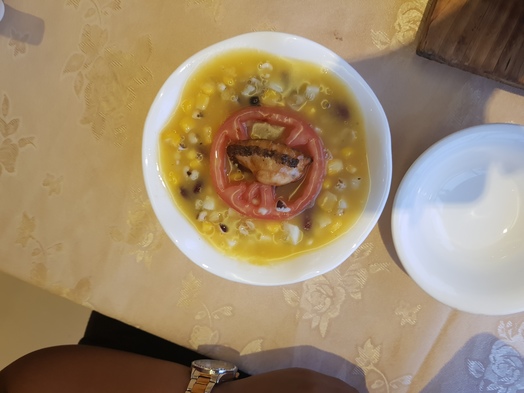 “Abalone is good for the heart. You crush it into powder and mix it with water and drink. Good for the heart,” we were finally told after finding an English-speaking shopkeeper who could explain why the mollusc was in high demand.

It was only that night while searching for something to eat that we discovered we were staying two blocks away from the popular Temple Street Night Market. It reminded me a bit of some of the China malls in Pretoria and Johannesburg with cheap prices for pirated handbags, shoes and electronics.

Here a big calculator was used to communicate with each vendor punching the big buttons to mark down the price when trying to strike a deal. We opted to eat at the market since the restaurants were pricey, with a beer starting from HK$50 (R78.50).

Plucked geese hung from windows, while crabs and lobsters were on display in buckets of water outside the restaurants, which mostly served fresh seafood. We ordered something familiar – chicken chow mein, sweet and sour prawns and two 7UPs.” 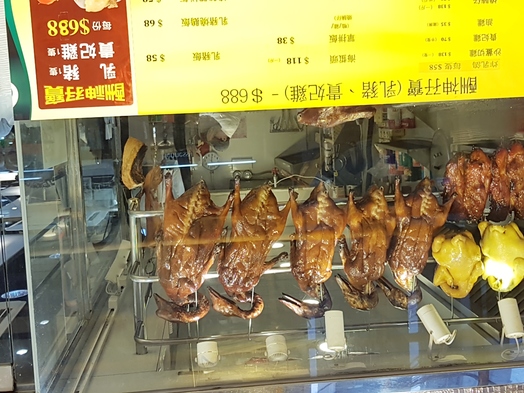 Then we decided to have a massage, because it seemed so cheap. As the door opened, a gust of hot air hit us as every head turned to stare at the two black women walking in. We were escorted up a small flight of stairs for a 50-minute oil massage.

The knot on my shoulder that had built up over the years melted away during those minutes and I felt refreshed and renewed. But as we turned off the lights and laid on our backs to sleep that night, we both moaned as the massage pummelling caught up with us.

Hong Kong was clean and orderly. Motorists and pedestrians abide by the rules of the road, even in the early hours of the morning when the streets are still buzzing. From Hong Kong we headed to Guangzhou, a two-hour train trip away, to go shopping. The skies there were foggy and the buildings seemed older, dirtier and the streets more congested.

Despite the many road signs and rules, texting and driving while overtaking without indicating appeared to be normal, and surprisingly no road rage in between.

Unlike in Hong Kong, people spoke no English here and most used a phone translation app to communicate with foreigners. We found our way to the Guangzhou Beauty and Cosmetic Market, about 15km from our hotel, where I was overwhelmed by the sight of strings of human hair hanging on the walls of the first floor. “There are so many Africans here. So this is where they buy the hair for cheap and sell it back home?” I asked my friend who was disappearing into one of the many stores, running her fingers through the Peruvian wigs. It was there that we met a Zimbabwean man, Simba, who was buying hair for a friend.

Our new friend led us to the bullet train, taking us to a student bar, Perry’s Café in Tianhe district. The students here were gulping down six shots of tequila each and following that up with rounds of beer.

At each table, a five-player drinking game that often involved the three-litre barrel of craft beer they serve, was going on. 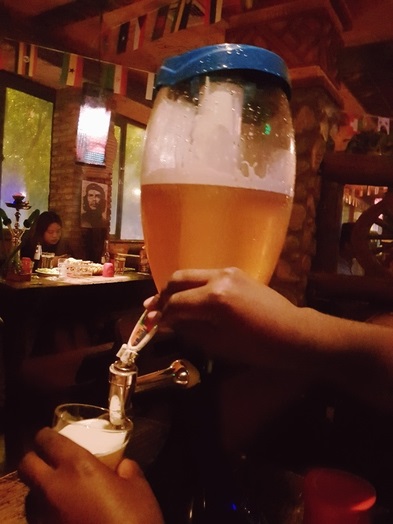 Because of the humidity, pollution and people constantly spitting on the floor, I felt sick soon after arriving, developing a sore throat, cough, blocked nose and fever. “Make sure you wear a mask at all times,” my mother texted me. I did. I lived with the mask on my face for five days and was healed by medication I received after pointing to my chest and throat in the pharmacy.

Many Chinese start working at a young age in factories and running taxis as there is a great work ethic in China. Seven-day work weeks are the norm.

After days of shopping in Guangzhou, learning to haggle for purchases, picking up simple phrases such as ni hao (hello) and xie xie (thank you) and plucking up the courage to taste all sorts of food, the skies finally cleared after some rain.

We took stock. We had survived this week far from home in a country where we couldn’t speak the language. We ate the food. We experienced the culture. We were surprised.

WATCH: Mother elephant crushes crocodile to protect her calf
5 days ago
5 days ago

WATCH: Mother elephant crushes crocodile to protect her calf
5 days ago
5 days ago