Swimming will no longer be allowed at any of the beaches making up the coveted Durban beachfront as the novel coronavirus pandemic deepens its grip on South Africa. 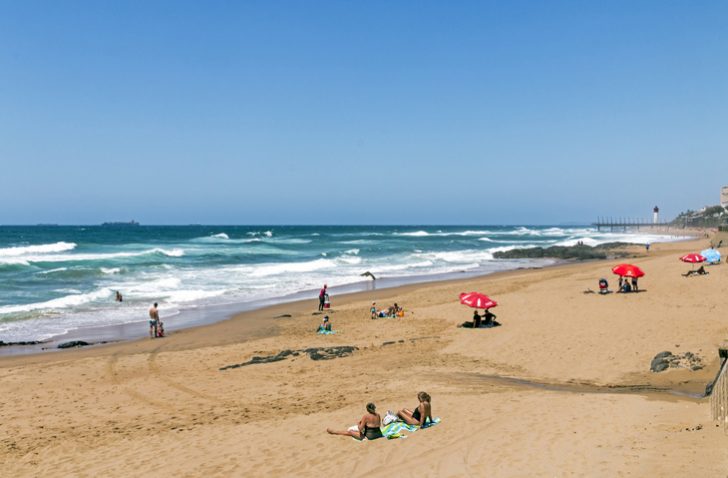 The eThekwini Metro said on Thursday that its public pools and beaches would be closed following President Cyril Ramaphosa’s declaration of a national state of disaster on Sunday.

Mayor Mxolisi Kaunda said public spaces would have “restrictions that must be imposed”.

“All swimming pools will be closed, effective immediately, for the duration of [the school] break and will reopen after Easter.”

“Bathing in all beaches is now prohibited with immediate effect. However, lifeguards will remain on duty to monitor and ensure safety. Law enforcement will be engaged to monitor those who do not adhere to these measures.”

Kaunda emphasised that beaches were not closed – “only swimming is prohibited”.

Libraries in the city will also be closed but staff will still be at work.

He said community hall functions would be limited to groups of less than 100 people.

“Events [which were] previously planned, where more than 100 people were expected, have been cancelled.”

They have gone as far as requesting limited mourners at funerals.

“During funerals, the community is encouraged to limit the number of mourners to family members only or to restrict the mourners to not more than 50 at the cemetery. Mourners should keep to burial time slots allocated to prevent delays in accessing the cemetery.”

Kaunda said there was a plan in place to assist the estimated 590 informal settlements in eThekwini where there are about 240 000 families.

He said that while 130 000 informal households have access to clean running water and communal ablution blocks, the municipality would provide more.

He said additional water points would be installed at all 2 200 communal ablution facilities.

At least 243.5 million cases of Covid-19 registered worldwide
6 hours ago
6 hours ago

At least 243.5 million cases of Covid-19 registered worldwide
6 hours ago
6 hours ago