A seat on Richard Branson’s Delta capsule will cost around R7.6 mil

The space plane, VSS Unity, will be able to fly at an altitude of nearly 90km at Mach 3 (three times the speed of sound). 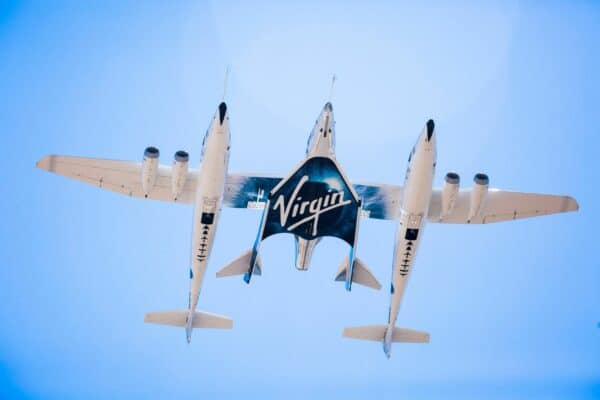 Virgin Galactic is partnering with Aurora Flight Sciences to build two carrier aircraft, designed to perform several hundred launches per year. The aim is to step up the number of space flights and make this new tourist attraction more and more popular… among passengers with the means to pay.

Aurora Flight Sciences is owned by Boeing and specializes in building drones. As part of this latest partnership, the company will be responsible for developing and producing two carrier aircraft, also known as motherships. These are the carriers that take off carrying Virgin Galactic’s space flight capsule before releasing it once it reaches the right altitude. The space plane, VSS Unity, is then able to fly at an altitude of nearly 90km at Mach 3 (three times the speed of sound).

ALSO SEE: WATCH: Hotel with no walls or ceilings gets thousands of bookings at R5,460 a night

The aim is now to have motherships that are quicker to produce and, above all, much simpler to maintain, in order to increase the number of missions.

For more than 15 years, Virgin Galactic has been working on the development of suborbital flights for tourism or research purposes. In 2021, it was finally able to make all these efforts a reality with a very first manned flight. Among the lucky passengers was Richard Branson, the famous founder of the Virgin Group. The next flights are planned for 2023, before a much more extensive commercial offer is developed by 2025.

Hundreds of flights per year will not necessarily democratize space tourism, but it should considerably lower costs, and consequently prices. Indeed, Richard Branson has set the entry-level price of $450,000 (R7 681 950,00) per seat for a flight in his forthcoming “Delta” capsule, which can accommodate up to six passengers.

Richard Branson and Virgin Galactic are not the only ones hoping to develop this type of activity. Elon Musk with SpaceX and Jeff Bezos with Blue Origin have also long been interested in space tourism.

Meanwhile, a Chinese startup is working on ultra-fast suborbital flights capable of competing with current long-haul flights, with the aim of linking two major cities like Beijing and Dubai in just one hour.