Rockers going their own way

Formula for success, allegedly: start a band, write some songs, record demos, sign to a record label, sit back and reap the rewards. Though this blueprint has proved fruitful for many solo artists and bands, it’s not a one size fits all operation, as Florida’s alternative rock group, The Red Jumpsuit Apparatus found out.

The faith-driven band formed in 2003, when childhood friends Ronnie Winter and Duke Kitchens (their former guitarist) began jamming together. Later joined by others, the band wrote songs for a period of 18 months before entering the live scene. Having gained a loyal fan base, they attracted the attention of Jason Flom of Virgin Records, signing a deal that would, they hoped, take them to new heights.

Instead, it came with compromise, a selling of their souls in some ways. “We had a lot of drama with our record company,” Winter explains. “We were booked to play in South Africa in 2009 but got pulled out for no apparent reason. It was not on.”

The cancellation of their set performance at Coke Zero Fest stirred a great deal of resentment from local fans. Local band Cassette, who also performed at the festival, posted a controversial video on YouTube describing their disappointment in the band, who they said were “unprofessional and arrogant.”

According to Winter, this was not the first time they had been pulled off a show. Appearances at the Australian Soundwave Festival tour in 2008 was cancelled, after their label president failed to pay the money owed. Seeking independence, The Red Jumpsuit Apparatus whose name was the result of random word choice exercise left Virgin Records with the aim of making the music they wanted to make and pursue the vision held from the beginning.

“We have never missed a show since,” says Winter.

“Yes, it’s a challenge because now we have to do everything ourselves from songwriting to marketing, booking gigs and sorting out the business side of things. But what in life isn’t challenging?”

The band have a huge presence on social media, using Twitter and Facebook to promote their material and tours. They made their debut (before signing to Virgin) on MySpace, 10 years ago.

“We handle all our social media platforms ourselves. We don’t have a publicist or a manager. We do everything ourselves and it works,” says Winter.

Adopting their own business model, the band hope to pave the way forward for other artists who may have fallen into the same trap they did. 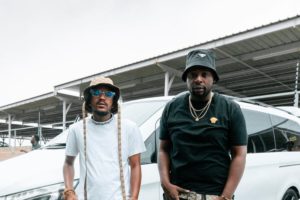 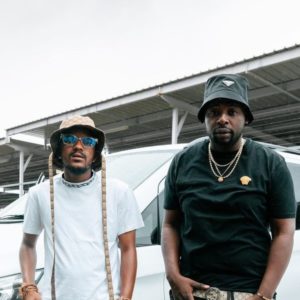