50 years ago today: The start of a music revolution

ON the evening of Wednesday, June 6, 1962, a white panel van pulled up outside 3 Abbey Road, London. Four young guys wearing black leather coats removed their guitars, drum kit and sound equipment from the van and entered the building, proceeding to Studio Three. They were the Beatles and they had a... 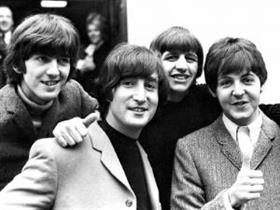 ON the evening of Wednesday, June 6, 1962, a white panel van pulled up outside 3 Abbey Road, London. Four young guys wearing black leather coats removed their guitars, drum kit and sound equipment from the van and entered the building, proceeding to Studio Three. They were the Beatles and they had an appointment with George Martin. He was the artiste and repertoire head of Parlophone Records, a small label within the EMI stable known for producing novelty and comedy recordings by the likes of Peter Sellers and others.

The Beatles were anxious to clinch a recording contract after being turned down by three of the then big labels — Decca, Pye and Philips. Their audition with George Martin had come about by sheer chance when their manager, Brian Epstein, had gone to the HMV store in Oxford Street to have a tape of them playing transferred onto disc. The technician who cut the disc was impressed by what he heard and suggested that Epstein get in touch with Martin.

Norman Smith, the sound engineer in Studio Three on June 6, recalls that the Beatles’ sound equipment was very poor. “Ugly, unpainted, wooden amplifiers, extremely noisy”, was how he described it. Paul McCartney’s bass amp was so bad that it could not be used for the recording session and a studio one was substituted. After a quick cup of tea and a sandwich, the recording session got under way.

Four songs were recorded, each having four or five takes. Three of them were John Lennon–Paul McCartney compositions — Love Me Do, PS I Love You and Ask Me Why. The fourth tune was Besame Mucho which McCartney sang. At the end of the session, Martin invited them to the control room and explained recording techniques and technicalities. He recalls that the Beatles listened without saying a word. George Harrison lounged on the floor, while Lennon sat on a speaker box. In an attempt to end the awkward silence, Martin asked if there was anything that bothered them. Harrison immediately retorted: “Yeah, I don’t like your tie!” With the proverbial ice broken, Liverpudlian humour prevailed for the next 15 to 20 minutes, marking the beginning of a rapport between Martin and the group which would develop into one of the greatest recording successes of all time.

Ironically, the Lennon-McCartney songs he heard that evening did not impress Martin. In his biography, All You Need Is Ears, he states that initially he saw “no saleable future” for their songs. Nonetheless, in July 1962 he decided to sign the Beatles to a one-year contract in terms of which they would have to record at least four songs. Royalties were set at a single penny per double-sided seven-single record sold. The recording contract was back-dated to June 4, 1962, so as to give EMI the legal right to the June 6 recordings.

Three months later, on September 4, 1962, the Beatles returned to Abbey Road studios to record two songs for their first single release. They had a new drummer, Ringo Starr in place of Pete Best, whom they had dismissed. Martin remained sceptical of the Lennon-McCartney compositions and wanted them to record a Mitch Murray number called How Do You Do It, which he felt was stronger material than their own. The Beatles duly obliged Martin by recording it, but then insisted that they wanted to perform their own material for commercial release. Love Me Do, which became their first single, was then recorded along with PS I Love You.

Little did anyone realise at the time that that was the beginning of a music revolution which would achieve universal acclaim and result in the sales of over 1,6 billion Beatles records.