WITNESS cartoonist Anthony Stidolph (Stidy) has clinched the Vodacom Cartoonist of the Year award, beating other regional finalists to take the national title, which he entered for the first time this year.... 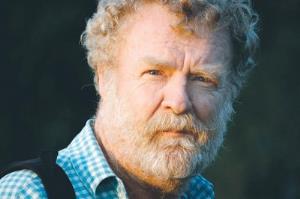 WITNESS cartoonist Anthony Stidolph (Stidy) has clinched the Vodacom Cartoonist of the Year award, beating other regional finalists to take the national title, which he entered for the first time this year.

Stidy attended the awards ceremony in Johannesburg on Friday night where the announcement was made.

The citation for the award reads: “Good newspapers seek out good cartoonists because they soon develop a cult following beneficial to the publication. Our winner is on his way to developing a national following.

“Through his unique use of caricature, our winner depicts our day-to-day reality. He takes our news headlines — even the most serious — and laughs with the reader, yet at the same time promotes thinking and communication.” Stidy said yesterday: “I wasn’t really expecting to win, especially as I knew I would be up against such high-profile, heavyweight contenders as Zapiro. So I am really thrilled about the whole thing.”

The Witness editor, Fikile-Ntsikelelo Moya, said: “Stidy personifies our belief that while The Witness is a regional paper, its quality is up there with the best in the country. While we know it might have come as a surprise to those unfortunate enough to live beyond our catchment area, readers of The Witness, we are sure, will agree with us that Stidy is one of the finest of his craft in SA. We are proud to call him our colleague.”

In 2005, Stidy was a finalist in the Mondi Shanduka Newspaper Awards. He was appointed political cartoonist at The Witness 20 years ago, the first to be employed full-time in the job during the paper’s 163-year history.

Besides his work at The Witness, Stidy has contributed numerous cartoons and humorous illustrations to a wide variety of publications and has illustrated more than 20 books.