A fiefdom is in trouble 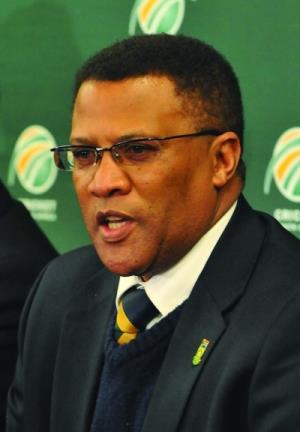 THE noted legal scholar, John Henry Wigmore, described cross examination as the “greatest legal engine ever invented for the discovery of truth.”

It is the most potent weapon in the trial lawyer’s arsenal, the principal means by which the veracity of a witness is put to the test in the courtroom.

The failure by the Minister of Sport to ensure that this tool would be available to Judge Chris Nicholson in what has become known as the Majola cricket inquiry has hampered our learned friend’s efforts at getting at the truth of this matter, but there is growing optimism that he will reach the appropriate conclusions.

Whether this optimism is justified or not will soon be evident, but recent witnesses at the inquiry have given the lie to Gerald Majola’s statement, which seems to me to have been his main line of defence in this matter, that the practice of an executive of the country’s ruling body for cricket of awarding substantial bonuses to himself predates his term of office.

Majola was specifically referring to the R5 million awarded to Ali Bacher at the conclusion of the 2003 Cricket World Cup of which he was the principal organiser.

Bacher’s testimony at the Nicholson inquiry that he had nothing to do with the decision to award himself a bonus was supported by that of Tim Khumalo, who was on the board of the United Cricket Board of South Africa (UCBSA) at the time.

As I was not only president of the board when the issue of a financial award to Dr Bacher was first mooted, but also the person who actually raised the matter within the confines of the board’s remuneration committee, I believe I am well placed to comment on this particular matter. I could find no fault with the evidence given by either Bacher or Khumalo.

The reason why a financial bonus to Bacher was considered as early as 1999, when I was still in office, is that I had become concerned that the provision the board had made for Bacher’s retirement was meagre at best. He had intimated that he would call it a day after the World Cup in South Africa so it seemed logical to link a retirement award with some sort of bonus for a job well done at the international event.

The figure I had in mind was somewhat more than the R5 million that Bacher ultimately received but, unfortunately for him, I resigned from the UCBSA shortly after these discussions began. At the time I left Bacher had no idea of their existence. Although I cannot be certain, I am sure that a recommendation from the remuneration committee was eventually put to the board who finally approved the “bonus” to Bacher. Tim Khumalo’s evidence before Judge Nicholson seems to confirm this. By this time Majola had been installed as the board`s CEO, so it is difficult to believe that he thought Bacher’s bonus had been put through anything other than the correct channels.

The precedent of Bacher’s bonus was Majola’s main line of defence to the allegation of helping himself, the truth of which normally finds the perpetrator behind bars. Majola’s other (frail) line of defence — that he was ignorant of just about every law and convention governing the proper behaviour of a man in his position — is likely to find little sympathy with Judge Nicholson.

It is difficult to see Judge Nicholson reaching any conclusion other than that Majola was guilty of a serious breach of any number of regulations both civil and criminal.

The real issue will be what, if anything, is done with Judge Nicholson`s findings or recommendations in the absence of anything that exonerates Majola.

Majola’s credibility has been so damaged by this affair that it would seem to be beyond the pale for him to continue in office.

This, however, is South Africa and nothing should be discounted.

Corruption is so rife in our public affairs that the authorities, whoever they may be, could regard all this as a little local irritation not worthy of their attention. It would then be left to the board of Cricket South Africa to deal with its CEO.

Even in the face of very negative findings by Judge Nicholson one cannot take it for granted that CSA will feel it necessary to terminate Majola’s appointment. Save for one or two lone voices, the board comprises men in thrall to Majola, who is seen as the distributor of largesse to themselves and their provinces.

In his testimony, former president Norman Arendse may have been exaggerating when he said that CSA had created a monster in allowing Majola to treat the game of cricket as his personal fiefdom, but he is not far off the mark.

Let me give you an example.

The biggest single source of revenue to CSA comes from its sale of television rights. Given the unsavoury reputation of the businesses that conduct negotiations with television companies, and the enormous amounts of money involved, most ruling sports’ bodies do not allow their CEOs to conduct any such negotiations alone.

Almost invariably a CEO would be accompanied by other members of his board together with an accountant and a lawyer. An exception to this practice is CSA, whose CEO attends such negotiations alone.

The very least that one could expect from this whole affair is that this practice is discontinued forthwith and that all recent negotiations are subject to immediate review.

Should Majola escape scot free from all this with his reputation intact, the chances are that he will become completely bulletproof.

If the current board of CSA cannot foresee this, then the game of cricket in this country will be in very serious trouble.

• Ray White is the former President of the United Cricket Board