THERE are officially 96 extinct mammals in Africa, or rather no longer in Africa, ranging from the quagga to the bluebuck, to the Cape serval and the Lesser Mascarene flying fox. There is now a real danger that a 97th name will soon be added to this pitiable list ... the British and Irish lion.... 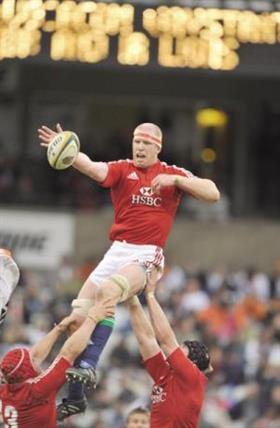 THERE are officially 96 extinct mammals in Africa, or rather no longer in Africa, ranging from the quagga to the bluebuck, to the Cape serval and the Lesser Mascarene flying fox. There is now a real danger that a 97th name will soon be added to this pitiable list … the British and Irish lion.

Why is the tour so flat?

Consider the attendances at the first four matches: 12 352 people watched the opening game against a Royal XV in Rustenburg, 22 218 rattled around Ellis Park while the tourists overran the Golden Lions, only 23 710 saw the narrow win over Free State in Bloemfontein and, most disappointing of all, no more than 21 530 spectators witnessed Wednesday’s romp over the depleted Sharks in Durban.

Once upon a time, a provincial match against the Lions was not just a major event; it was unmissable, and sepia photographs and flickering 16mm footage recall how the touring teams of 1955, 1962, 1968, 1974 and 1980 habitually played before vast, excited, bustling capacity crowds.

Now, beyond the hype, the hyperbole and the headlines, the environment has changed and, like the 96 species no longer among us, another noble beast is struggling to survive.

The Lions became legend as totems of rugby’s amateur era, a time when the game was sustained by established tours and enduring traditions, by lifelong friendships and camaraderie. Successive squads became revered not only as players but as real characters, their names echoing through the decades.

They were rare and they were special, cherished visitors who came knocking every six seasons, once in a career for provincial and Springbok players, who would forever list playing against the Lions among their greatest experiences, and once per childhood for millions of wide-eyed youngsters.

Rugby has now changed and turned professional. Today, the game is sustained by TV rights and sponsorship, by endorsements and an all-consuming need to generate revenue.

Officials and administrators can no longer focus solely on arranging cocktail parties and banquets; they must pay salaries and balance the books, so they replace long tours with compact schedules suited to the TV rights holders and the limited attention spans of their viewers, and they minimise costs and maximise income by allocating matches to large stadiums (and wealthy tribes). They seize control of ticketing from the respective stadium operators, who better understand their local markets, and impose eye-watering prices.

National coaches can no longer focus on tactics and enjoy the privilege; they must work under relentless pressure to keep winning at all costs, to keep their jobs and keep paying the bills, so they withdraw the extended Springbok squad from provincial matches to protect their prize assets, inadvertently reducing the status of these once mighty occasions to a pre-season friendly.

Supporters may still feel instinctively attracted to the Lions, but they check the ticket prices and look at the under-strength provincial teams being fielded against the tourists and, in an era of unlimited leisure options, decide to spend both their time and their hard-earned rands elsewhere.

Slowly, sadly, the Lions start to look more and more like a rugby team in a time warp, aristocrats of a bygone age struggling to accommodate the realities of a changing world, French cavalry facing English crossbows at Agincourt, the sword-swirling Arab cut down by Harrison Ford’s revolver in Raiders of the Lost Ark (type ‘lost ark sword’ into youtube.com), or even a pensioner battling to find the off-button on his cellphone.

Clive Woodward tried to modernise the Lions on tour to New Zealand in 2005, recruiting an army of players and coaches, and even a spin doctor, and failed. Ian McGeechan is a pure pedigree Lion and has creditably restored the old spirit within the current squad, but he could be forgiven for feeling sorely let down by SA’s provincial B-teams and empty grandstands.

Charles Darwin never played rugby, but the great naturalist regarded extinction as a continuing and ongoing reality, something to be accepted as a fact of nature. Living creatures thrive, conditions change and the same creatures fade away. As his theory has been proven by 96 mammals in Africa, so it may be applied to the FA Cup, Test cricket … and the British Lions.