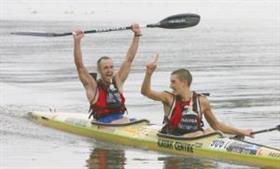 This call from South Africans Against Drunk Driving (SADD) was aimed at encouraging people to live more healthily while reducing the likelihood of road accidents.

Being part of AlcoFreeFeb involves registering on the website www.alcofreefeb.co.za and entering the challenge — either for a month for R100 or for 10 days at R50.

“Past participants have told us that, by being involved, they have lost weight and saved money,” said SADD director Caro Smit.

More importantly, Smit said, many people had found that the campaign had increased awareness around their families and possible problems relating to alcohol consumption.

She emphasised the connection between alcohol abuse and road accidents, saying Transport Minister Sbu Ndebele had lost a child to an incident involving alcohol.

Sports stars and celebrities have joined the “dry” party too.

Mr South Africa Adriaan Bergh signed up for the month-long challenge and 2010 Dusi Canoe Marathon winner Jason Graham is also on board.

So too is 1995 Comrades Marathon winner Shaun Meiklejohn.

“I have endorsed the ZeroHero campaign because I believe that we all take chances at times,” said Meiklejohn. “Everyone needs to be made aware of the danger of driving after drinking and that there are other measures … to avoid possible tragic circumstances.”