THE Emmy Award-winning drama The Kennedys will be aired on History Channel (Dstv channel 254) in South Africa in 2012.... 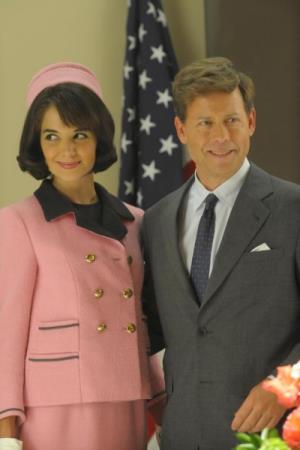 THE Emmy Award-winning drama The Kennedys will be aired on History Channel (Dstv channel 254) in South Africa in 2012.

The South African premiere of the eight-hour series will transmit as one two-hour block, followed by four one-hours, starting on Tuesday, March 6 at 8.30 pm.

Oscar-nominated for As Good as it Gets, and starring roles in You’ve Got Mail and Little Miss Sunshine among his many credits, Kinnear’s performance is a compelling portrait of America’s most famous and iconic president.

Pepper is known for his compelling roles in Saving Private Ryan and The Green Mile. He steps into the shoes of the president’s younger brother, his campaign adviser, policy advisor and attorney-general. And Holmes inhabits the part of the beautiful, tragic first lady. Holmes was propelled into the spotlight in hit teen series Dawson’s Creek, rising to superstardom in Hollywood movies, including a starring role in blockbuster movie Batman Begins.

British actor and star of The Full Monty and Shakespeare in Love, Wilkinson plays the Kennedy patriarch whose driving ambition and wealth propelled his sons into the highest offices in the land. The series starts with the election in 1960, with charismatic Senator John F. Kennedy pitted against Vice President Richard Nixon in the televised debates that would prove so crucial in winning the race to the White House.

Through flashbacks to the 1930s and 1940s we see Joe senior’s desire to be president, his thwarted ambition and his resolve to make sure eldest son Joe Jr realises his father’s dream of power.

The drama relives the public and private joys and tragedies of the most influential family in the world including the fraternal rivalries, the mob associations, the drugs and the women.

It recreates the political crisis that Kennedy dealt with in the early days of his presidency including the disastrous Bay of Pigs invasion, the Cuban Missile Crisis that brought the world to the brink of nuclear war, and the Civil Rights Movement. Viewers will see every twist and turn of this clan’s extraordinary story up to and including the assassination of JFK and RFK.