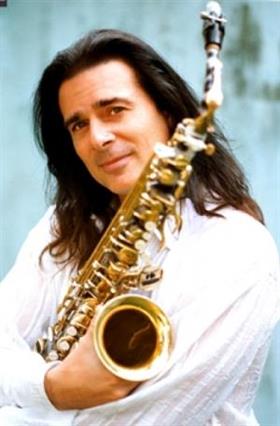 Andrew’s move to SA culminated in the release of his debut album Soul People, a synergy of forces with BMG and top producer Dennis East. The album topped the South African charts twice and was nominated five times for the South African Music Awards, paving the way for a pivotal point in his career: the chance meeting of an old friend and agent, Hüseyin Ilhan, from his formative years in London.

What initiated as an invitation from Hüseyin to perform at the opening of a Ski Resort in St Christoph, Austria, and evolved into an annual tour of Hot Summer Night concerts in Amphitheatres along the South coast of Turkey, owned by the hugely popular tourist company “Magic Life”.

This lead the way to performances with leading Turkish Artists such as Sezen Aksu in Ankara and recordings with Producer Garo Mafyan in Istanbul.

With the success of the album he recorded exclusively for the company entitled Magic Life, the tour has been extended to Tunisia, with CD sales attaining gold status.

Another highlight was an invitation to play in Mexico, Venezuela, St. Maarten, Dominican Republic, Cayman Islands and especially Havana, Cuba, where he and the band shared in the captivating and energetic Cuban rythyms.

It was there that he had the honour of meeting and performing with Ramiro de la Cuesta from the 70s funk band The Crusaders.

This year welcomes his seventh tour of the Peoples Republic of China, an honoured invitation extended and facilitated by Hüseyin Ilhan, Dr Jian Wang and the Beijing Uniart Success Company.

Mesmerizing scenes as the esteemed “Prince of the Saxophone” (Beijing Daily News) have etched great delight and fulfillment for him.

The Chinese were enthralled with live performances of both my music and Chinese Pop/Folk songs played on the saxophone, not to mention his brave attempt at Chinese greetings and salutations!

Most people also don’t know that Andrew has a strong Christian faith, and this led to his Gospel CD entitled One II One. Adding to his CD line-up is a live recording of his concert in Vienna simply called Live in Vienna.