GENERALLY the deduction of audit fees is permitted except when they relate to the audit of taxpayers that earn only exempt income. However, the legal basis for their deductibility has never been clear.... 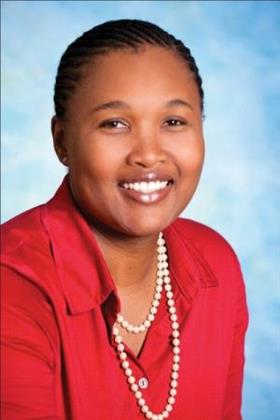 GENERALLY the deduction of audit fees is permitted except when they relate to the audit of taxpayers that earn only exempt income. However, the legal basis for their deductibility has never been clear.

In the matter of Mobile Telephone Networks Holdings (Pty) Ltd vs the Commissioner for the South African Revenue Service, the question of their deductibility finally reached the high court.

The South African Revenue Service (SARS) disallowed the deduction of most of the auditing fee, apportioning the deduction according to the ratio between the dividends received and the interest earned by the taxpayer during the tax years in question. Only the portion of the expenditure corresponding to the interest was permitted as a deduction.

In disallowing the deduction, SARS firstly argued that “auditing fees” were not deductible because the auditing fees did not satisfy the requirements of the general deduction formula in the Income Tax Act. In particular, SARS questioned whether the “in production of income” requirement was met with respect to auditing fees.

The courts rejected SARS’s arguments in this regard and noted that SARS had misconstrued the “in production of income” requirement.

The court held that in order to meet the in the production of income requirement, it was not necessary to consider whether the expenditure in question actually produced income, but rather whether there was a “closeness of connection” between the expenditure and the taxpayer’s income earning operations. Auditing was quite clearly closely connected to a taxpayer’s income earning operations. The fact that no income could be attributed to such expenditure did not mean that it was not incurred for the purpose of producing income.

The second argument raised by SARS was that if it were to be found that auditing fees could be deductible because it could be incurred “in production of income” in principle, then the auditing fee should be apportioned.

SARS argued that the auditing fees were incurred for a dual purpose by the taxpayer (i.e. producing “income”, in the form of interest and tax-exempt dividends). The expenditure should thus be allocated between the deductible and non-deductible categories.

The method of allocation, SARS proposed, should be the value that the exempt dividend income bore in relation to the taxpayer’s total income in the tax years in question.

The taxpayer on the other hand argued that the basis should be time. The taxpayer noted that only six percent of the time spent by the auditors had been in respect of revenue derived from dividends. Much more work had been done in verifying the taxpayer’s interest income.

The court agreed with SARS’s contention that the auditing expense should be apportioned.

However, the court agreed with the taxpayers basis for apportionment and allowed the taxpayer the 94% deduction it had requested.

It thus seems that auditing fees may indeed be deductible, however, they must be apportioned in a reasonable manner.

But still, the apportionment based on time spent during the audit in verifying deductible and non-deductible income can’t be considered to be the general rule.

The basis of apportionment for each taxpayer would depend on the evidence provided by the taxpayer.