Baby Safe — fighting for the helpless

BABIES that are being dumped in dustbins and dumping sites remains a big problem in Pietermaritzburg, more so in the Alexandra Road policing area.... 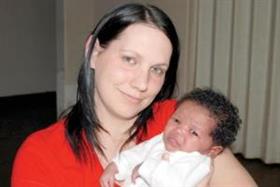 BABIES that are being dumped in dustbins and dumping sites remains a big problem in Pietermaritzburg, more so in the Alexandra Road policing area.

Police in that area are currently sitting with a number of unsolved cases relating to the concealment of births.

“We are making an urgent appeal to anyone that may assist in the investigation,”said Jeevan.

She said this could include people who might have noticed a mother that may have given birth but they no longer have the baby.

Pro-life activist Rene Morcom and founder of Baby Safe said people needed to realise that there is a way of getting rid of babies without them having to die painful and violent deaths.

“A police officer recently told me that between three to five babies are found in Pietermaritzburg and surrounding areas on a weekly basis.

“But what about those babies they are not finding because they are being thrown in a pit toilet or are under the dustbins?”

Morcom said some of these babies are found with screw drivers in their heads, while others are left on the road in black bags for cars to run over them. “I want you to close your eyes and picture a newborn left on the road in a black bag. But instead of a car killing it instantly, the baby has to cry itself to death because maybe it was hit on the leg. That is what is happening and it makes me angry.”

She said being a pro-life activist is not about marching outside abortion centres but it is about being pro-active. “I do it because I really care about human life. I can guarantee you if seven-year–olds were being killed everyone would work together to have it stopped. But because it is newborns, it is as if they have no value.”

Baby Safe currently has a three month old baby girl under its care. The baby was introduced to them through a Witness reader who read about the centre in the paper.

Both the mother and the baby are ill. Morcom hopes they will be reunited once the mother receives counselling and gets back on her feet.

While the centre is up and running, they are struggling for financial aid.

She said the media was needed to reach and educate these mothers.

Morcom has established a sms line charged at R30 for people to make a contribution.

“I realise that people don’t have money but I do feel that this is a ‘Maritzburg problem and ‘Maritzburg needs to take care of its own. The vision is for everyone in this city to donate at least R30 a month. I believe if we work together we can win this battle,” said Morcom.