Battle of the Boks ends bitterly as Butch bows out

IT was a tale of contrasting fortunes for former Sharks team-mates Brent Russell and Butch James, who were in opposite corners in a Guinness Premiership game at the weekend. 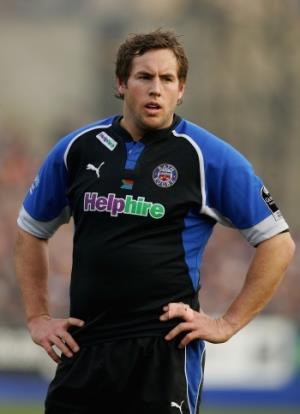 Russell, in front of his home crowd and playing at fullback, proved a match-winner for Saracens as he sliced through the Bath defence for two tries, in a 26-20 win.

But for James it was an outing he will want to forget, as he was forced to leave the field with a dislocated shoulder and now faces several weeks on the sidelines.

James, who has reportedly been in sublime form for his club, damaged his shoulder crashing over for Bath’s opening try after just 20 minutes. But the Russell-inspired Saracens fought back to seal victory.

Bath coach Steve Meehan is expecting to be without his World Cup-winning flyhalf for some time.

“When I was playing, it was called a dislocation, but now it’s a displacement,” he said after the game. “He’s gone to hospital. It may be midweek before the injury settles down and we know the full extent, but obviously it’s a blow. He’s been playing very well.”

Meehan would not blame the defeat on James’s injury, although Olly Barkley missed three kicks at goal after James had left the field.

While the coach played down the impact of James’ injury, the Saracens’ director of rugby, Alan Gaffney, had no doubt about its significance.

“The loss of Butch James was enormous to Bath — he’s an exceptional player.”

Saracens are usually captained by former Bok scrumhalf Neil de Kock, but he missed the game through injury. But the home crowd were left toasting another former Springbok after Russell, who joined the club this season, twice split the Bath defence for crucial tries.