Be wary of so-called animal experts

ONE of the questions that people often ask me is how I behave when confronted by a dog or dogs where there is the possibility of an attack. ... 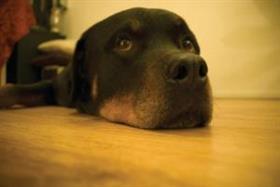 ONE of the questions that people often ask me is how I behave when confronted by a dog or dogs where there is the possibility of an attack.

Obviously I am always prepared for such an event and will take all necessary precautions where possible. Normally the dog’s body language is a clue and I will adjust my own body language immediately.

If the owners are present I will request them to change their behaviour accordingly. But what if you are in a situation where an attack is imminent or does take place? Numerous factors must be considered such as breed, social­ skills, previous trauma (to human­ and dog), speed of attack, number of dogs, people’s ages and physical capabilities, etc. There is therefore no clear-cut answer. Each situation has its own unique circumstances.

In June 2010, Rondebosch veterinarian Dr David Grant said he was called out after hours by a client who needed his dog sedated for a trip to Johannesburg.

“I went through to the practice, where I met my client and Mr X, introduced as an animal behaviourist and dog whisperer. Apparently, the pet was to be taken to Mr X’s home in Johannesburg­ for an extended stay to help treat aggression.

“When presented to me I was horrified­ to see the dog had been bound with nylon ropes so tightly that Mr X could hardly undo them. Both front and hind limbs were bound and it was muzzled with ropes.”

The veterinarian said that he expressed his horror that a behaviourist could treat an animal like that.

“The dog was extremely agitated and salivating, and its eyes were blood red. In all my professional life I had never been presented with anything quite as scared, but it seemed that Mr X was adamant that all this was acceptable.”

Grant immediately lodged a formal complaint of animal cruelty with the SPCA against Mr X. After becoming aware of this incident I phoned Grant and congratulated him on his action.

A month later, on July 2011, at the Hyde Park Shopping Mall in Johannesburg, four-year-old Sadie Kukkuk was attacked by a Rottweiler which was in the company of a dog whisperer­.

CCTV footage clearly shows how the little girl was grabbed around the abdomen and pulled under a table. The person accompanying the dog was Mr X.

Then three weeks ago, two-year-old Meeka Riley-Lackay was attacked on Clifton Beach in Cape Town by a Rottweiler belonging to an animal behaviourist. Guess who? Mr X.

Please understand that there is nothing wrong with owning a Rottweiler. They are incredible dogs and make wonderful pets. This is not a breed issue, but rather about individuals­ who are involved with canine behaviour modification. One can fully understand how such incidents may occur with normal pet owners, but when the dogs belong to a so-called expert, then my blood runs cold.

Fortunately, in both situations, timeous intervention prevented further­ injuries or possibly even death.

The predatory characteristics of the two attacks are all too obvious. By reading the dog’s body language an expert would have seen the warning signs and immediately taken preventative action.

When cruel and inhumane methods­ are used to deal with canine aggression it will increase stress levels­, causing dogs to resort more to wild behaviour. By treating dogs with respect, I have achieved results which some people have referred to as miraculous­. Dog trainers use physical methods, but a genuine animal behaviourist uses psychology.

Please contact me or your vet’s practice should you have any concerns.

• Steve van Staden is a canine behaviour specialist. He can be reached via his website www.dogtorsteve.co.za