Problem and solution bigger than one organisation 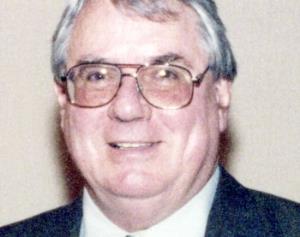 Some years ago, Eskom embarked on a project in the Table Mountain area of our province. This, known as a pump-storage scheme, involved the development of electricity capacity by harnessing the advantages of the topography. A reservoir constructed at a high point was to be filled by pumping water from below. When released to run down the slope, the water would generate electricity. Apparently, the Table Mountain site offered ideal conditions for such a scheme.

The project would cost millions, create jobs for hundreds and give economic impetus to the Mkhambathini local municipality. When researchers and planners entered the area to complete feasibility studies and the like, they were chased away by local inhabitants. It seemed that consultation protocols had not been properly observed. Among others, the Chamber of Business tried, with some success, to revive Eskom’s interest in the project. Both the district municipality and the provincial departments of Local Government and Traditional Affairs and Economic Development were approached for support and after a time it appeared that the local traditional leadership had seen the benefits for the community after all. The project was resumed. Unfortunately, however, after some more time and money had been invested, the will of the people prevailed and the community finally resisted any further implementation.

I have chosen to relate this story to show that it is not entirely fair to hold Eskom to account for all the woes associated with the current electricity crisis. Whatever money was spent in the preliminary planning of the Table Mountain project went to waste, while valuable time was lost in the process of increasing the electricity supply. It is also true that prevarication on the part of the government and not a little muddled thinking about so-called Reds and privatisation, prevented Eskom from adopting a concerted mission and plan which was in accord with the wishes of its shareholder. To put this into the context of a normal business environment, the executives of the company were given insufficient direction by the board and found it impossible to take any decisive action while the board refused to make additional capital expenditure available. At the same time, however, the loss of expertise within the ranks of the company compromised asset management and planning, at least to the extent that unscheduled breakdowns occurred. The writing on the wall appears to have gone undetected as planning was focused on a two percent per annum increase in the supply of electricity while the demand has grown to four-and-a-half percent and rising. It is difficult to imagine how it was ever thought that a relatively comfortable two percent would be adequate to meet the extra demands imposed by the GDP target of six percent and the 2010 soccer event. The boost in our economy evident over the past few years has caught nobody by surprise, except Eskom, apparently.

Now we are faced with the bizarre reality of a supplier (commercial and corporate insofar as its trappings are concerned) trying to reduce the demand of its customers so that deficiencies in its supply will not appear so bad. That we are all called upon to make sacrifices in the national interest is understandable, for the crisis cannot be resolved in the immediate, or even the short, term. But I think there are some things that we should guard against. The first of these is that load shedding cannot become a way of life, a habitual practice to which we all become accustomed. It is a temporary way of managing a crisis and the management of a crisis does not resolve it. Secondly, while it is politically correct to reduce wastefulness of energy sources and to find ways of reducing demand, the shortage is not the fault of the consumer. We must play our part but it is not for us to solve the problem. Thirdly, considering the economic aspirations of the country and the many projects to which we are already committed, the critical area of focus should be the supply. Like expenditure in a business, we must eliminate waste, but prosperity is really possible only when the income is increased. Thus, an increase in the supply must quite aggressively outweigh the extent of the savings that may be effected.

Since necessity is the mother of invention, however, we may expect that in the crisis a good deal of ingenuity will emerge. When it is over, we will be far more efficient and responsible users of energy. I believe that among the strategies to be adopted by the government and Eskom at this time, the most significant should be enablement.

• Andrew Layman is a former headmaster and now the CEO of the Pietermaritzburg Chamber of Business.