Blast from the past

NICK Pharazyn, a singer-guitarist who has been playing for many years, emerges from his low profile to perform next week at the Maritzburg Musicians’ Club.... 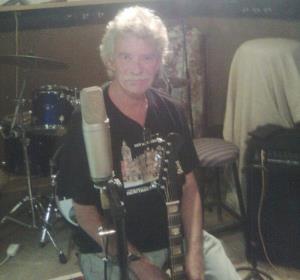 NICK Pharazyn, a singer-guitarist who has been playing for many years, emerges from his low profile to perform next week at the Maritzburg Musicians’ Club.

Pharazyn arrived in Pietermaritzburg in 1964 from Kenya, the land of his birth, and was educated in Hilton and the Natal Midlands. He took up the guitar in junior school and a couple of years later, started learning to play the piano.

After his military training in the South African Air Force, he got a job on the Durban docks as a crane driver where he bought a brand new guitar (which he’ll use on Tuesday) with a hard case for R50.

Thereafter Pharazyn went to the United Kingdom where he stayed for six years, and returned to Johannesburg in March 1979, where he lived for the next seven years, performing in various clubs and pubs in Randburg, Rosebank and Rivonia while keeping a day job at different architectural offices.

In 1986, Pharazyn returned to Pietermaritzburg and teamed up with the then Pietermaritzburg Folk Club (Facma), with the same guitar. He performed at various venues — the Black Stag, Take 5, Polo’s Tavern, Hilton Hotel and Crossways, to name a few.

Pharazyn laid down his guitar when his children were born, but in recent years, with them all having left school, he has decided to take it up again. He recorded an album at Barry Meintjies’s studio in 2003 “with a little help from [his] friends”.

Presently he works as a practising architect and has exhibitions of his artwork depicting old Pietermaritzburg buildings in watercolour.

Sea Level has been together since the winter of 2007, and is fronted by local muso Lance Goldman, who has been playing full-time on the music circuit for 29 years and has earned a reputation as a master guitar player and entertainer.

He has played abroad in Europe and enjoys much respect from fellow musicians and guitar players alike. He cites his main influences as Eric Clapton, The Beatles, The Rolling Stones, Crosby, Stills Nash and Young, and most of the recognised blues and rock musicians from the late sixties and seventies.

The evening takes place at the Red Door at 8 pm. Entrance is R20.