Brick road to open on Friday

THE red brick road between the city hall and Tatham Art Gallery has caused much suffering for businesses in the precinct, but that will soon be a thing of the past... 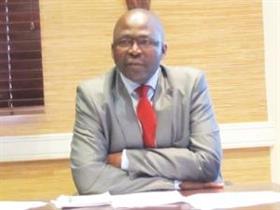 THE red brick road between the city hall and Tatham Art Gallery has caused much suffering for businesses in the precinct, but that will soon be a thing of the past.

That is if the Msunduzi Mayor Chris Ndlela’s word is kept that “the road will officially be open this Friday”.

During a press conference on Friday, Ndlela announced that the MEC for Co-operative Governance and Traditional Affairs, Nomsa Dube-Ncube, has agreed to officially open the road on Friday.

This will come as good news for businesses in the precinct because the delay in the opening has cost them dearly and that stretch of Chief Albert Luthuli Street has also been problematic with traffic congestion to the public at large.

The first deadline was in July. Then an unanticipated problem with sewer pipes pushed it out to September. And then it was said to be re-opening on November 28.

“Initially this project was meant to have been completed by the end of September. Regrettably this was delayed considerably due to a number of infrastructure challenges that we discovered underground,” said Ndlela.

He said most of these services did not even have drawings that the municipality could refer to in trying to relocate them.

“We understand that this exercise has left a number of business people with huge financial losses but we also hope that your businesses will double your income as a result of the revamp that this area has enjoyed,” said Ndlela.

Ndlela also wished all the citizens of Pietermaritzburg a peaceful and safe passage during the festive season and best wishes for the New Year.

“To all those who celebrate Christmas, I want to wish on behalf of the council, a Merry Christmas.”