Brutes in the cathedral

JUNE 2, 1972, was a day Cape Town should remember: a peaceful UCT student protest outside St George’s Cathedral was bludgeoned apart by the SA Police (SAP): the first occasion in South Africa where white students had been physically attacked and injured in significant numbers during any political de... 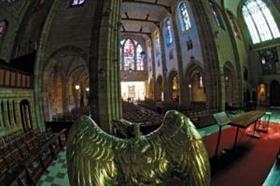 JUNE 2, 1972, was a day Cape Town should remember: a peaceful UCT student protest outside St George’s Cathedral was bludgeoned apart by the SA Police (SAP): the first occasion in South Africa where white students had been physically attacked and injured in significant numbers during any political demonstration.

Since the fifties and sixties, “liberal” student protests at UCT mostly involved deputations and gowned processions on campus. By 1972, some student leaders and lecturers were calling for more assertive protest, based loosely upon the “sit-in” and “teach-in” strategies at American and Western European universities. On June 1 an initial “teach-in” call at UCT was conducted by Natal University political studies lecturer Rick Turner, along with UCT sociology lecturer and future Progressive Federal Party leader Frederik van Zyl Slabbert, among others.

Later during the day 51 students were arrested for protesting outside the Houses of Parliament, carrying posters such as “End our police state”, and “Equal opportunities for all”. But the following day saw the worst of the police violence occurring over the several days. UCT students numbering perhaps 400 were sitting on the cathedral main steps protesting about racial inequalities in education. After a discussion between police colonel Pieter Crous and a student leader over the use of a loud-hailer, a large squad of policemen suddenly baton-charged. The attack instruction was given by Brigadier Martinus Lamprecht, who later appeared in a series of Cape Times photos watching a snarling police sergeant club a student already sprawled on the pavement. Interviewed on the spot, in a shaken, trembling voice Lamprecht stated that the protest had become a “public meeting” and “these people refused to move, so I gave the order to disperse them”.

The police beatings were witnessed by thousands of members of the public and over the following days received widespread condemnatory press coverage.

What particularly shocked bystanders and journalists was the sheer hate demonstrated by the police towards the students. Mostly in their late teens and early 20s, the students were mercilessly beaten regardless of gender, several suffering injuries requiring hospitalisation. The police pursued students into the cathedral, grabbing women by their hair and hurling them down the outside stairs into the street.

The Argus described how during the following day at the next clash, again at the cathedral, Crous attempted to restrain some of his men by grabbing and even hitting policemen for striking out at students and bystanders. This time the police even received a little of their own medicine. The Argus reported how thousands of office workers, labourers and other students had turned out to boo the police, with some officers even “beaten back at the top of the stairs by fist-swinging civilians”.

But the students, journalists and public easily received the worst of the fights. Antique dealer Peter Visser sheltered several terrified students in his shop’s attic. A shocked Anglican archbishop of Cape Town, Robert Selby Taylor, demanded a full report from the police concerning their conduct within the cathedral. Another Anglican bishop, Reverend Hollowes of Natal, compared the police and particularly the purportedly “plain clothes members” who had been prominent among the assaulters, as akin to the violent role played historically by Adolf Hitler’s Brownshirts. Students had been clubbed in the Sanctuary under the High Altar by policemen swearing and clearly out of control.

In reality, the students and police, indeed the police and most of Cape Town’s southern suburbs public were culturally poles apart. Despite the beating incidents occurring when apartheid was at its most intense, the students shared citizenship and even a common “apartheid white race classification” with the police, but that was where commonalities ended. The students represented liberal and “radical” white English South African middle-class youth, drawn mostly from comfortable backgrounds and imbibed with the idealism of sixties, early seventies’ Western students. They believed social and political conditions could be changed through protest and activism. The police demonstrated to white Capetonians, most of whom were not National Party voters, just how vicious law-enforcement state agencies could be if the government was publicly confronted over its racial policies. A protest meeting was held inside the Cathedral on June 6, addressed by a range of leading citizens, political and religious representatives, including Helen Suzman, Dean Edward King and heart surgeon Marius Barnard, whose brother Professor Chris Barnard publicly warned provincial government authorities not to threaten his brother with dismissal, or the world-famous heart surgeon would himself resign from Groote Schuur Hospital.

The police attack at the cathedral succeeded in mobilising moderate UCT students who were not necessarily politically aligned or supportive of the National Union of South African Students (Nusas). Nusas at this time was strongly influenced by people like Rick Turner with their Marxist-derived interpretations of apartheid being only comprehensible through class-based rather than race-based explanations. But most UCT student outrage and that of the English-language newspapers, church leaders, opposition politicians and public was against the brutality of the police, the ugly side of which was generally completely hidden from the white middle-class residents of Cape Town. The SAP members involved were also mostly young and grew up in markedly different social environments from average UCT students. Virtually all Afrikaans, the policemen were the products of a community which, by 1972, were almost exclusively government supporters and had benefited from the aggressive Afrikanisation of the civil service since 1948. Even long before this date, the police service had been an attraction for working-class Afrikaner men and a catchment point for Nationalist supporters and even more extreme right-wingers. Raised through the cultural autarky of Afrikaans schools, government-supporting churches, the SA Police College and unquestioning obedience to authority, police officers reflected the National Party’s acute suspicion of “English” youth influenced by what they clumsily understood as permissive, “hippie”, “communistic” student culture emanating from Britain and the United States. If some of the Nusas-supporting students represented the most extreme left of white South African political thinking in 1972, their police assailants definitely represented local versions of jackbooted right-wing Nazi storm troopers, whose minds were drenched in Afrikaner-nationalist propaganda. Emboldened with full state authority, the police laid into “kommunistiese Engelse hippies”.

The fact that a central Anglican building of worship had also been so defiled cut no ice with Prime Minister John Vorster who was quoted as saying “he was proud of his police” and he warned English-language universities “to get their house in order” or face extreme legislative sanctions. In South Africa today, where deep concerns are expressed as to the competency of the SAPS, the alleged poor quality of its leadership and their connections to ANC leaders, it is worth reflecting back 40 years to St George’s Cathedral to ponder the state of the police then, their relationship to the government of Vorster and their hateful, shocking conduct towards the students and public of Cape Town.

• Dr Rodney Warwick is a history teacher in Cape Town.

policemen swearing and clearly out of control.