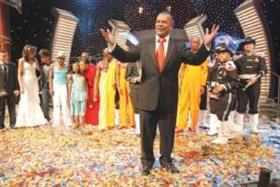 The winner of the second series of SABC2’s reality show, SA’s Got Talent, started singing for the church choir as a teenager and is one of the Cape Flats Tenors.

Bhemjee shot to fame as the humble tenor who stunned the audience with his rendition of the operatic Nessum Dorma.

His technical prowess on Thursday night ensured that he walked off with the show’s first prize of R250 000.

“I am so glad that all of South Africa could listen to me. It has always been a dream of mine, I’ve always said I want to record a CD, but my bigger dream was for a record company to take me under their wing,” he said.

As a young man Bhemjee worked as a street sweeper, where his voice was heard by a woman who then arranged singing lessons for him.

He would have entered the competition last year, but the organisers only accepted e-mail entries and his cellphone could not send e-mails.

“What inspired me was the two tenors in the [2009] semi-finals. I though if they could make it, then I could too.”

Bhemjee was full of praise for the opportunities the reality show has afforded him and and all the other competitors.