Chiefs have victory in mind

A KAIZER Chiefs team in form and playing free-flowing, attractive football meet a SuperSport United side who, after their three successive title-winning seasons, are in a rebuilding phase in the pick of the weekend’s Premier Soccer League matches at Lucas Moripe Stadium in Atteridgeville tomorrow.... 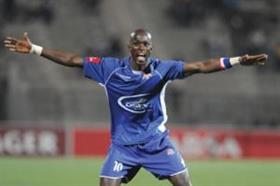 A KAIZER Chiefs team in form and playing free-flowing, attractive football meet a SuperSport United side who, after their three successive title-winning seasons, are in a rebuilding phase in the pick of the weekend’s Premier Soccer League matches at Lucas Moripe Stadium in Atteridgeville tomorrow.

SuperSport’s ninth placing after five matches is the clearest indication that Gavin Hunt’s all-conquering team of the past three seasons are recovering from the loss to Orlando Pirates of a player of the quality of Daine Klate and taking time to get into gear at the start of the season.

But this by no means should be taken as a reason to write off SuperSport’s chances of challenging for a fourth title. A winning formula does not usually disappear overnight and Hunt’s team remain superbly organised, competitive as ever and with enough quality to still be able to battle it out with the big guns.

And SuperSport have been notoriously slow starters in previous seasons. No, this team does not have the look of a side that will lie down and relinquish its title easily. SuperSport will be up there with the top five at the end of the season, competing for the trophy.

But it won’t be easy. With teams like Chiefs, Orlando Pirates, current league leaders Mamelodi Sundowns and Ajax Cape Town hitting good form this season, the champions will be hard-pressed to win an unprecedented fourth title in succession.

Amakhosi might not quite have the depth in their squad as some of the other challengers for the title, but they do have a first team that has a good blend of experience and youth, and coach Vladimir Vermezovic appears to be getting the best out of his players so far this season.

South Africa’s glamour team will be hungry to challenge for their first league title since winning back-to-back league trophies under Ted Dumitru in 2004 and 2005.

Chiefs, along with Ajax, are the only teams still unbeaten in the league. Both sides have 11 points after three wins and a draw, with Ajax nestled in second place thanks to their superior goal difference to third-placed Amakhosi.

Chiefs captain Jimmy Tau said playing SuperSport provides his team with a chance to show they can beat the “best in the league”.

“It’s also important that we keep the winning momentum and positive vibe going, and we are going there with only victory in mind,” Tau said.

“It won’t be easy, though. SuperSport may be further down the league table, but it’s far too early to look at things like this and we must respect them as three-time league champions.”

SuperSport were held to a 1-1 draw at home in their last game, following a clinical 1-0 away victory against AmaZulu. The champions have lost twice this season, a last-gasp 2-1 defeat at home to Mamelodi Sundowns last month and a 3-0 loss to Wits University in their league opener.

Hunt admitted his team are off the pace in the PSL at this early stage of the season, but said SuperSport are not concerned they won’t be able to regain that ground.

“The draw against Ajax and the loss to Sundowns is what stopped us from reaching our objective, but we are not worried; there is still a long way to go.

“They [Chiefs] have more fans and this is seen as a big game. We just have to make sure we get the points.”

Striker Anthony Laffor said SuperSport, as defending league champions, should be considered favourites for the game.

“We have good players, a good coach and a winning mentality so we are ready for them. The most important thing for us is to play our game,” the Liberian said.