Chocolates for a grass cutter

AT 10 I was streetwise. I knew racism. Its raw edges came with my first job.... 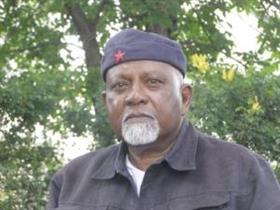 AT 10 I was streetwise. I knew racism. Its raw edges came with my first job.

Aunt Ruth asked me to come for a job in Montclair where she was a domestic. The boss was a close-cropped, gaunt man of German or Dutch descent. I cannot recall his name after more than 40 years: Piet Muller will do. He was the foreman at Beacon Sweets factory. His wife, I think it was Betty, was English.

He lectured me on grass cutting.

“Trim it short, snip it around the trees, no dry leaves on the lawn, wash Bonzo once a week. One pound chocolates and one shilling a week coolie boy.”

Wow, chocolates and a bob. The coolie bit? I was used to it.

Bonzo bared his teeth and made a hesitant growl. Aunt Ruth held on to him. I wasn’t scared.

It’s three miles from Clairwood to Montclair. I walked it. Baize-like lawns grew around the house with trees potholed. I snipped the grass around the young trees and stuck thick sticks around the potholes.

“What’s that for?” Boss asked.

“To keep away grass roots.”

I asked for warm water to wash Bonzo. “Just hose him down,” Boss ordered.

Bonzo was delighted. I massaged him and trimmed his shaggy coat.

I was settling down in the job. Aunt Ruth sneaked food to me.

Betty brought it out into the open. “Give the boy a sandwich,” she told Aunt.

“Sit here,” Aunt pointed to the back stoep as she handed me dry bread on a paper plate. Bonzo sat by my side.

“That’s awful, dry bread . He can surely eat in the kitchen?”Betty suggested, questioningly.

Boss returned early one day and saw me at the kitchen table.

“Get to the back stoep.” Bonzo made a low throaty growl. I took my food to Aunt Ruth’s outhouse after that.

Once a week I helped Aunt Ruth wash the floors. She had creaky knees. I all but took over knee-pain tasks.

One wash day I saw Betty feeding Micky, her six-month-old son. The veins on her large, milky white breasts were fascinating. I stared. She crossed her long legs, smiled and brushed the curls from her face.

“Have you seen your mama’s breasts?” she demurely asked.

“They all look the same.”

“Sort of, but hers are not heavily veined.”

She raised her eyebrows.

“They’re all unique in their own way I suppose,” I ventured.

She pouted, made a soft sound.

I went on wiping the floor. Aunt Ruth overheard and took me to the kitchen.

It happened again. Betty fed Micky while I put away his toys. Micky kept an eye on me.

“What would you like to be when you grow up?” Betty asked offering me a whole chocolate.

“Writer, musician, haven’t given it much thought, detest school.”

“I have a Hindu teacher who simply hates me.” I explained the traditional enmity between Hindi and Tamil speakers.

“Makes it worse being a Catholic,” I embellished.

“Well, I never,” Betty was miffed.

Aunt Ruth came into the room, glared at me.

“Don’t mind him, he talks like an old man, truants from school. Come, I have something for you,” she urged me. We turned to leave when the boss made an unexpected entry.

He stared at his wife, glared at me. He fumed.

“Get out of here coolietjie.”

Aunt Ruth whisked me away.

“Feeding in front of the coolie boy, what’s wrong with you?” He chastised Betty.

“You let the bliksum coolietjie look at your breasts?” He acted like he owned them.

“Don’t be silly,” she placed the screaming child into his cot. “He’s an intelligent kid. Stop acting like a Nazi.” He stepped towards her. Bonzo came from nowhere and stepped in front of him making his low throaty growl. Boss retreated.

“Go to my room,” Aunt Ruth ordered me. I hurriedly left the main house and locked myself in the outhouse. I slept there that night. In the wee hours of the morning there was a knock.

“Go away, the kid is with me,” she whispered holding the door ajar.

He went away. The next morning he gave me a talking to.

“Forget him,” Betty told me after. “Come, take Micky out and play with him, I want to go out for a minute.”

Micky, Bonzo and I played on a blanket spread out on the back lawn. Bonzo leapt over Micky with glee and grappled with me with his jaws locked onto my hand.

He growled with mock ferocity when I shoved him around. Micky screamed with delight. Betty returned while we played.

“You have a nice way with dogs and children,” she said as she slipped a shiny shilling into my hand. “Don’t tell Piet.”

Bonzo came to me one day holding out his paw. A sharp stone was wedged into it. I eased out the stone and stuffed the wound with cotton wool soaked in turmeric and coconut oil. The wound quickly healed.

“Who taught you that?” Betty asked.

“She’s a nurse in the Child Welfare Department.”

“Phone her at the Brook Street Clinic in Durban and I’ll ask.”

Mum said it was okay.

“My son Micky is chesty, what can I do? He’s on medication.”

“Try a vigorous massage, a hot bath, medication and a warm bed. Satya can massage the child.” Mum liked Satya for me: “Good Indian name”.

I gave Micky a brisk work over, a hot bath, and Betty put him to bed. The next morning he wheezed a lot less. I turned him on his back and gently tapped it. He brought up a lot of phlegm.

“Can he massage my head, I have a headache.” I eased out the tension spots in her head. After, she took my hands in hers.

“What an interesting and knowledgeable boy. Thank you.” She gave me a shilling and a chocolate. “Don’t tell Piet.”

Aunt Ruth was really scared. “You must leave here. Go home. This man is a bad egg.”

I must obey my aunt and leave, I told Betty.

“What nonsense. Don’t heed your aunt, not to worry, I’ll pay you more. Okay?”

I stayed on until Piet caught me playing on the lawn with Micky.

Micky, Bonzo and I were making a merry time of it when Piet arrived.

“You coolietjie, you want to kill my child,” he fumed gathering the child in his arms and calling out to Betty. Aunt Ruth took Micky. Betty stood by, shocked. “Stop being a damn Nazi, they play like this all the time.”

Piet stepped towards me threateningly. He lifted his hand. Bonzo was on him in a flash and had him on the ground. I screamed at Bonzo. He let go of Piet’s arm and came to my side. Blood stained Piet’s sleeves. He ran into the house bringing out his shotgun. Betty came out screaming after him. “Don’t, don’t.”

“Don’t touch the boy, Mr Muller. You don’t want to do that.” Aunt Ruth implied a lot in her cold words.

“It’s my dog, I can shoot him without your damn permission,” Piet angrily asserted.

“Bonzo is mine, not yours, shoot him and I tell the police,” she cautioned.

He turned to me. “Get off my property this minute you bloody coolie skellum.”

“Come, I’ll drive you home,” Betty offered, glaring at him. Piet went into the house and watched through the window as Betty took Aunt Ruth, Micky and me into her Jeep. Bonzo hopped in as well. My mother sensed trouble when we arrived. Betty talked to Mum. Aunt Ruth took Mum aside and whispered to her.

“My brother’s in the Montclair Police Station. I shall tell him about it,” Mum said.

“Teach him a lesson,” Betty went along with the idea.

As they prepared to leave, Bonzo leapt out of the Jeep and howled as if his decision to be with me was painful.

“He wants to be with you,” Betty sadly allowed.

A few months later, Betty came to our home. Mother took her to an Indian lawyer who arranged her divorce. Aunt Ruth returned to Clairwood. Bonzo slept by my side underneath the table. Betty gave my mother a packet of money before she left for Cape Town.

“For the writer with good hands,” she told Mum.

Later Mum bought me a correspondence course. Betty kept in touch with Mum who informed her of my academic progress abroad.

LAWRENCE Julian Sakarai is a political scientist. He has lived and worked abroad in many places. He acquired his professorship in Taiwan where he taught English. Besides South African studies, he specialises in Chinese and Indian studies. This is his first published story.