IF you missed seeing KickstArt Theatre Company’s staging of Kander and Ebb’s Cabaret at the Elizabeth Sneddon Theatre in Durban, you now have the chance to see it at Pieter Torien’s Theatre at Montecasino in Johannesburg, from Thursday to August 5. ... 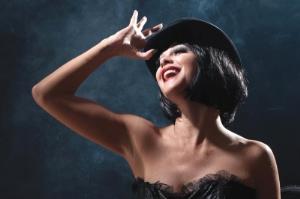 IF you missed seeing KickstArt Theatre Company’s staging of Kander and Ebb’s Cabaret at the Elizabeth Sneddon Theatre in Durban, you now have the chance to see it at Pieter Torien’s Theatre at Montecasino in Johannesburg, from Thursday to August 5.

The musical, which won 11 Durban Theatre Awards, including best production of a musical, best director and best designer, was seen by legendary South African impresario Pieter Toerien and he invited the company’s directors, Steven Stead and Greg King, to stage their musical in Johannesburg and Cape Town.

King’s set is the perfect accompaniment to the show, as are the costumes designed by Neil Stuart-Harris. Choreography is by Janine Bennewith,with lighting design by Tina le Roux.

Please note that the show has a no-under-13s age restriction.

Also at the theatre complex is Topsy Turvy, starring multi-award-winner Jonathan Roxmouth (The Phantom of the Opera, Jesus Christ Superstar, Grease, Disney’s Beauty and the Beast and A Handful of Keys).

Roxmouth can be seen in the Studio ­Theatre at Montecasino from ­July 4 to August 5, with a regiment of ridiculous characters in this one-man show, which revisits the song and verse of British duo Gilbert & Sullivan, responsible for comic ­operas like H .M.S. Pinafore, The ­Pirates of Penzance and The ­Mikado, to name a few. But be warned — this is no “traditional” recital …

Come swash your buckle with the Pirate King, giggle with the Three Little Maids (yes, all three of them) and even do a high kick with the motor-mouthed Major-General in an evening of English theatrical nostalgia. And as a bonus, there is a lesson on how to write your own Gilbertian operetta.

DOUBLE BILL FOR ‘WITNESS’ READERS WHO TAKE THE BUS

The Witness and Scotts Tours are laying on a coach trip with overnight accommodation for both shows on July 28, returning on July 29. The fully escorted package includes luxury coach travel, accommodation at the four-star Indaba Hotel on a bed-and-breakfast basis, as well as tickets for Topsy Turvy at 4.15 pm and Cabaret at 8 pm. Tickets are R1 685 per person sharing, or R2 020 single. Credit of R100 for one show only. Inquiries: phone Scotts Tours at 033 343 4022.