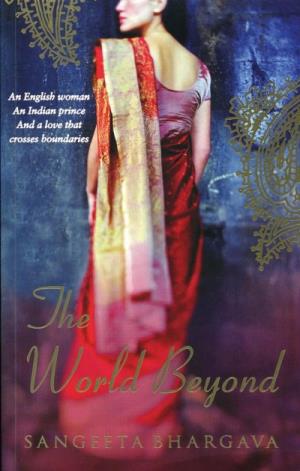 THE World Beyond is a compelling historical fiction and debut novel by United Kingdom-based writer Sangeeta Bhargava. It is a love story set during the uprising of the Sepoys against British rule in 1857, in Avadh, an ancient historic city of Lucknow. The setting is both captivating and tragic as Lucknow was a wealthy city brimming with art, music and poetry. The people were prosperous, but their lives were abruptly destroyed by the ­uprisings.The city was annexed by the British, the king was forced to abdicate and the people rose up and fought. Gross human violations and atrocities were committed in the fight for freedom.

Bhargava bases her novel on the non-fictional characters, Nawab Wajid Ali Shah and his wife Begum Hazrat Mahal, the last rulers of this ancient, magnificent city. She ­creates a fictitious family for them, including an adopted son, Salim, who is the main character of the novel. He falls in love with an English woman, Rachel. They are brought together by their love for music as Rachel wishes to learn Indian classical music, and Salim offers to be her tutor. Salim is a ­remarkably young and handsome prince with a passion for life, while Rachel is a very ­unconventional character living ahead of her time. It is 1855, and yet this woman is riding horses in men’s breeches and roaming the city by herself in disguises. She is confident, playful and an extrovert.

Their music sessions blossom into romance, amid beautiful gardens and exotic palaces. The novel is rich with descriptions of a bejewelled, pointy shoe and pyjama-wearing king, with Bengali tigers and decorated elephants, as well as artists roaming through his many palaces. There is also a harem full of beautiful, elegant women.

Bhargava ­provides descriptions of actual ­gardens and palaces that existed in Lucknow, and most of the novel is based on actual historical events that took place.

It is a lovely debut novel, offering insight into an otherwise forgotten ancient and ­enigmatic city, the demise of which was so sudden and tragic that it lay for­gotten and needed to be resurrected through a writer’s imagination.