A SPECIAL concert will be held in Madison Square Garden in New York this year to celebrate Nelson Mandela’s 91st birthday on July 18.... 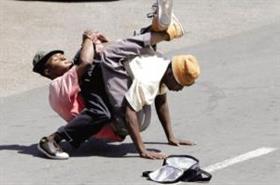 A SPECIAL concert will be held in Madison Square Garden in New York this year to celebrate Nelson Mandela’s 91st birthday on July 18.

Chris Chameleon is one of the South African artists set to perform on this special day, alongside international artists like Aretha Franklin, Wyclef Jean, Queen Latifah, Josh Groban, Cyndi Lauper and the Soweto Gospel Choir.

“I think it’s going to be a very special experience to perform during the birthday celebrations of such a great figure in world history and in support of a charitable organisation that has the future of our children at heart,” Chameleon said when asked about it.

The concert represents the first Mandela Day and forms part of the 46664 initiative.

The First Lady of France, Carla Bruni-Sarkozy, has indicated that she will attend the concert, as has Italy’s Zucchero, who supported all the previous 46664 concerts.

Hollywood stars Forest Whitaker, Sharon Stone and Susan Sarandon have also indicated that they will attend the concert.

Earlier in the week, former U.S. president Bill Clinton will host a fundraising dinner in New York, together with Mandela’s wife, Graça Machel.

The 46664 campaign has already raised millions of rands for projects in South Africa and other sub-Saharan African countries where the need is greater among those affected by Aids.